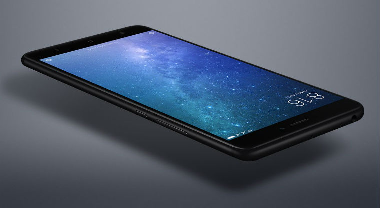 Xiaomi Mi Max 3 will launched on July 19, confirmed the company. The smartphone is expected to come with a 5500 mAh battery

Xiaomi will launch the Mi Max 3 on July 19. This news has been confirmed by Donovan Sung, the global product lead for Xiaomi through Twittera and Facebook. Though the venue of launch was not revealed, the post also hints at a large display size and battery backup, as has been found across image renders and leaks.

Through his Facebook and Twitter posts, Donovan Sung has said “Mi Fans, something BIG is coming! Bigger screen, bigger battery. Mi Max 3 is launching next Thursday on July 19. Help us spread the good news!” followed by #Xiaomi and #MiMAX3. The post is supported by the image of a product box, without anything written on it.

Previous leaks have shown that this phone could come with a 6.99-inch display, and sport a 5500mAh battery. While Sung did not give away any specifications, his post seems to support these claims. Earlier, CEO Lei Jun had hinted at the upcoming launch of the Mi Max 3, as he posted the image of a Mi Max 3 retail box on Weibo.

So far, leaks have shown that the Mi Max 3 could run the Snapdragon 636 processor, that could be backed by 3GB/4GB/6GB of RAM, and corresponding internal storage options of 32GB/64GB/128GB memory respectively. The Mi Max 3 will ship dual-rear cameras, with a possible 12MP+5MP configuration, and is expected to be a mid-range phone, priced under Rs 20,000.

Rumours also indicate that Xiaomi could launch another phone, the Mi Max 3 Pro. This is expected to run the Snapdragon 710 processor, which could be backed by a 5500mAh battery. On the camera front, it could sport 20MP+8MP dual-rear cameras, and a 16MP selfie sensor.