Who was Himanshu Roy, 'the Dabang' of the Mumbai Police? | 10 points

Who was Himanshu Roy, 'the Dabang' of the Mumbai Police? | 10 points 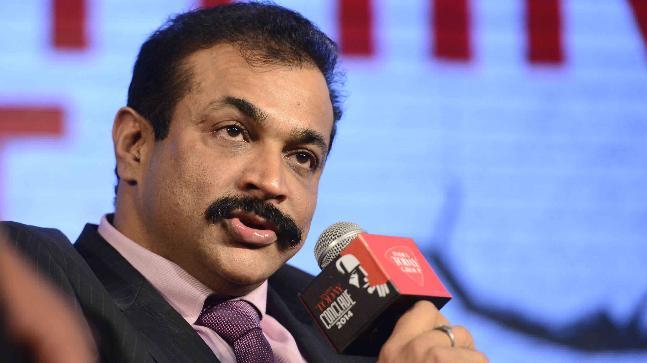 Tributes poured in on social media for the 1988-batch IPS officer. "The loss of Supercop Himanshu Roy is a shock for us" Kumar Vishwas, an Aam Aadmi Party leader wrote in a tweet. "He had an unmatched track record during his Crime Branch and ATS positions as an IPS Association officer."

"You were the Dabang of (the) Mumbai Police," the filmmaker Ashoke Pandit said. "The news of your suicide is heart-breaking."

"It is extremely unfortunate and a huge loss for the nation," Congress spokesperson Priyanka Chaturvedi said.

Who was Himanshu Roy, and what were his achievements? Here's what you need to know, in 10 points.

METEORIC CAREER GRAPH | A 2013 India Today profile of Roy describes his police career graph as "meteoric." He became the youngest SP of Nashik (rural) in 1995, served as the city's police commissioner between 2004 and 2007, and is credited with setting up Mumbai's first Cyber Crime Cell, anti-dacoity measures in rural Maharashtra, and the women's cell.

IPL BETTING SCANDAL | Roy was the joint commissioner of police (Crime) from 2012-2014, and is credited with leading the investigation into the IPL betting scandal.

ANEES ANSARI ARREST | Later, during Roy's tenure as the Maharashtra ATS's chief , the software engineer Anees Ansari was arrested for allegedly planning to blow up the American school at the Bandra Kurla complex.

ADDITIONAL D.G.P. | At the time of his death, Roy was an Additional Director General of Police in Maharashtra.

SUICIDE | He allegedly shot himself with his service revolver at his residence in south Mumbai between 1 pm and 1.15 pm today.

CANCER | Roy was suffering from cancer. Two years ago, when the cancer spread to his bones, he went on a medical leave. Later, it spread to his brain, and he was to undergo a surgery. The ailment put him through what a former colleague described as unbearable pain.

ST XAVIER'S STUDENT | The son of a well-known Colaba doctor, Roy studied at Campion and St Xavier's College in Mumbai.

MARRIAGE | Roy's wife Bhavna, whom he met in in 1990 in an exam hall in Mazgaon, is the author Amish Tripathi's sister.

CONSTANT EYE ON PROCEDURE | The India Today profile notes that "within the ranks", Roy was seen as "connected, networked, suave and bankable with a constant eye on procedure." A senior officer described him as "the kind of guy who could charm a confession out of crooks."

'BACHCHAN-WORTHY BARITONE' | Roy had an imposing presence. He was "over six feet tall, with rippling muscles, a dramatic moustache, and a Bachchan-worthy baritone bordering on a bass, erudite inflection," the profile says.