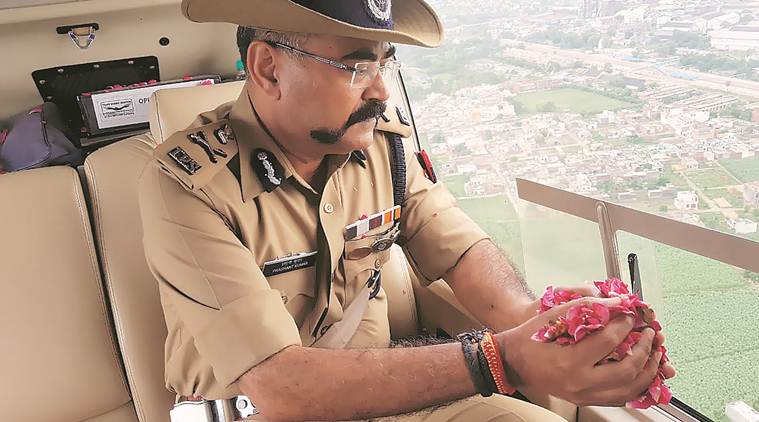 The DJs took a dig at the previous government which had banned loud music during the pilgrimage.

With the Kanwar Yatra coming to a close on August 9 (Shivratri), the Uttar Pradesh government has gone out of its way for the lakhs of devotees who dotted the 198-km Delhi-Dehradun highway.

Chief Minister Yogi Adityanath took an aerial survey of the Yatra route during the first half of the Shrawan month that began on July 28. He also showered flower petals from his chopper on the Kanwarias. They responded by prostrating on the highway as the chopper passed and raised slogans in praise of the chief minister while the DJs blared, “DJ bajwa diye Yogi ne, Bhole nachwa diye Yogi ne (Yogi switched on DJ, Yogi made the devotees dance)”.

The DJs took a dig at the previous government which had banned loud music during the pilgrimage.

“We requested those engaged in meat business to co-operate with us during the kanwar yatra and I am thankful to them that a majority among them have closed down shutters for the period or have switched to the vegetarian mode,” said Rajesh Kumar Pandey, SSP (Meerut).

Meanwhile, Meerut district administration and top police officers followed Adityanath’s cue. ADG (Meerut Zone) Prashant Kumar took to the skies to supervise the Kanwar Yatra on Wednesday. A photograph doing the rounds on social media showed him with flower petals in hands apparently preparing to shower it on Kanwariyas. He directed Baghpat district magistrate Rishirendra Kumar to supervise arrangements for the three-day Kanwar fair in Pura Mahadev Temple in Baghpat where lakhs of devotees will offer holy ganga water to the deity.

“We have divided the sprawling campus of the temple to six zones and 12 sectors to ensure that devotees don’t face any hassle. A 24/7 vigil is being maintained through the CCTV, while each sector is headed by a Magistrate. We have deployed the PAC, the Rapid Action Force (RAF), Special Task Force(STF) and the area police to ensure peace during the three-day fare which marks culmination of the Kanwar Yatra,” said Rishirendra Kumar, the DM(Baghpat).

For the last three days, traffic had been re-directed on a stretch of the busy National Highway-27 (NH-27) to felicitate the Kanwar Yatra pilgrims.

About a 150-km stretch from Rudaulin in Faizabad to Khalilabad area of Sant Kabir Nagar between Lucknow and Gorakhpur was out of bounds for traffic. Senior officials at the state level said that there were no specific instructions issued from the state headquarters and the diversion has been done at the local level. — Express News Service