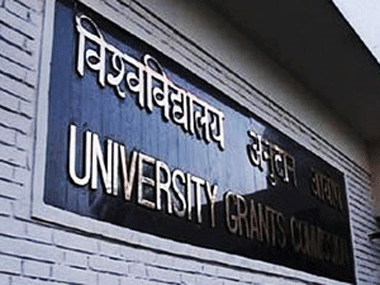 The Central government prepared a draft Act last month to replace the University Grants Commission with a new regulator for higher education in the country. The Act is being called the Higher Education Commission of India Act, 2018 (Repeal of University Grants Commission Act), ie HECI. The draft claims that new institution will provide more autonomy to colleges and facilitate holistic growth of the education system, and will provide greater opportunities to students at a more affordable cost. It aims to reduce the interference of various regulatory bodies in the functioning of higher education institutions and create a single body that will have the power of giving accreditation to institutions, maintaining their academic standard and even imposing fines for non-performance.

So far, various regulators — UGC, All India Council for Technical Education (AICTE) and the National Council for Technical Education (NCTE) — have been functioning under the Ministry of Human Resource Development. The new regulator is planned to replace all of them to create a single regulatory authority. The HRD minister Prakash Javadekar has claimed that the transformation of the regulatory setup is based on the principles of minimum government and maximum governance, separation of grant functions, the end of 'inspection raj', a focus on academic quality and the powers to enforce. The government had asked for suggestions online until 7 July.

HECI will be tasked with the mandate of improving academic standards with specific focus on learning outcomes, evaluation of academic performance by institutions, mentoring of institutions, training of teachers, promote use of educational technology, among other functions. In addition to these, it will lay down standards for opening and closure of institutions, and also for appointments to critical leadership positions at all universities, even if they are established under state law.

Beneath the surface of the HECI

The HECI, if examined closely, shows that the role of the erstwhile UGC as a buffer between the higher education sector and the government in terms of recruitment, financial and administrative powers is now being sought to be abolished. HECI is purportedly claimed to be a regulatory body to maintain academic standards with punitive powers. It also, in one stroke, has legislated funding as the exclusive domain of the government of the day thereby compromising academic freedom by making financial grant conditional to the pleasure of the government in power.

In its press release, the government has cited the bill as "downsizing the scope of the regulator", "removing interference in the management issues of the educational institutions" and improving academic standards, but a reading of the same document actually reveals the opposite.

By withdrawing financial powers from the regulator and handing them over to the Central government, and by giving the HECI unilateral and absolute powers to authorise, monitor, shut down, and recommend disinvestment from Higher Educational Institutions (HEIs), the draft bill will expose higher education in the country to possible thought-manipulation, the loss of much needed diversity as well as academic standards, fee hikes, and profiteering. It will also contribute to greater marginalisation and disadvantaging of millions of students, particularly from the socially-oppressed sections, and futher, may imperil many educational institutions.

While the UGC Act of 1956 clearly mandated that the Chairman of the Commission "shall be chosen from among persons who are not officers of the government or any state government" — precisely with a view to maintaining the autonomy of the commission from any form of direct interference by governments, Section 3.6 of the draft HECI Bill drops this necessary condition for the chairperson's appointment. It is apparent from Section 3 that teachers have been pushed out of the commission, almost entirely. Although the total number of members of the commission has gone up from 10 to 12, the representation of teachers has been ominously reduced to just two. HECI is proposed to be packed with government nominees, chairpersons of regulatory bodies and university administrators, but no teachers.

The HECI is empowered to specify "learning outcomes", which invokes formulaic expectations of the direction towards whcih university education must be oriented. To argue that SC/ST/OBC students, with their histories of deprivation, must achieve the same "learning outcomes" as those coming from metropolitan contexts of privilege is to argue against the very logic of affirmative action in public institutions. Also, the formulaic approach may kill diversity, innovation and experimentation.

The HECI has been given the power to carry out an annual academic performance evaluation of universities. To audit the performance of public institutions and ascertain their fitness to function is to also come up with differential funding parameters for different orders of 'performance'. This kind of graded financial liability (on the part of the government) towards grossly disparate contexts of performance across HEIs will not only create a few centres for excellence at the cost of all others, but will also strengthen existing hierarchies between regional and metropolitan institutions. Further, it is highly unlikely that the commission will be able to do any kind of meaningful annual evaluations of the 789 universities that the UGC website says are in existence today.

The HECI is empowered to "order closure of institutions which fail to adhere to minimum standards without affecting the student's interest or fail to get accreditation within the specified period". This power to close down institutions in a country that fails to provide enough HEIs has to be wielded with great caution, and with checks and balances, and a clear and detailed specification of what protecting the student's interest must entail. While there is no question of granting impunity to incidents of fraud being perpetrated on students and their families — and it should be noted that this is a penal offence that can easily be prosecuted, the non-availability of enough publicly funded HEIs is the major reason why students flock to such institutions at exorbitant costs.

Although the HECI Act is being publicised as giving autonomy to HEIs, the provisions of the draft bill actually invest the HECI and the Central government with extraordinary powers, without any checks and balances. Reducing all HEIs to a dull uniformity will not produce responsive higher education. Since HECI's "Regulations relating to promoting quality and setting standards shall have prior approval of Central government (Section 29)", it is the government that will effectively run every single HEI in the country.

The government wants to withdraw from the duty of providing more inputs/infrastructure in higher education by talking about public-private-personal partnership, and yet tries to reap suitable outcomes or credulous subservience from these spaces of critical thinking by having absolute administrative and financial control.

HECI will pave way for higher student fees and greater curb on dissent and Freedom of Expression of individuals and institutions. It is nothing but the government consolidating, centralising and monopolising power in academic matters while ensuring a free run for private capital.

The Union Budget this year had a reduced allocation of less than one percent of Gross National Income for education. This has added woes to the already crumbling publicly-funded higher education sector. The imposition of partial funding formula for universities, the institutionalisation of loans instead of grants from UGC, making universities and colleges 'autonomous' and the contractualisation of jobs at universities are seen as ways to dismantle higher education.

On the other hand, the CAG report tabled in the Parliament in 2017 tells us that the entire education cess collected during more than a decade since its imposition in 2006-07 has remained unspent. It's as huge as Rs 83,497 crore. In addition, a mere 7.73 percent of the taxpayer's money collected under the research and development cess in the last 20 years has been utilised so far. Clearly, there is more to it than what meets the eyes. Under the guise of autonomy, the government thus is pushing universities to generate their own resources through self-financed courses. This will eventually end with the state shedding its responsibility to subsidise education or treat it as a public good, as a public service, rather than as a commodity.

In conclusion, while private education can coexist based on market demands, the government's abdication of its responsibility from public education for the poor, coupled with its attempt to regiment higher education spaces, cannot be accepted. It is undoubtedly a call of the time to restructure and re-purpose the UGC, but that cannot be at the cost of protection of diversity and access to higher education for the marginalised.​

pooja chauhan 0 786 29 September 4.5 Education-Educational Service
You Can Share It :