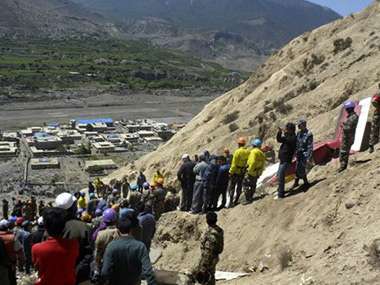 The plane was flying at a height of 12,800 feet. The single-engine Cessna 208B Grand Caravan with call sign 9N-AJU had taken off from Surkhet to Humla district headquarters Simikot. It took off from Surkhet Airport at 6:12 am this morning and was scheduled to land at 6:55 am in Simikot, the report said.

Makalu Air has three single-engine Cessna 208B Grand Caravan aircraft to its fleet. Based in Nepalgunj, Makalu Air provides chartered passenger and cargo services, it said. The freight transporter aircraft was discovered wrecked and fragmented into three parts in Ekalbajkharka at around 11:00 am. The plane was mostly used for flying food and other supplies in the mountainous region.