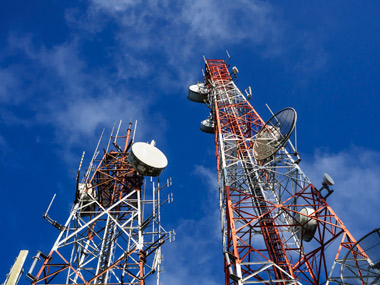 New Delhi: Telecom regulator TRAI has asserted that 4G and 5G services will drive demand for spectrum in the next round of auctions, contesting the view that financially-stressed firms are likely to tread cautiously despite steep price cuts for several previously unsold bands.

"Considering that 5G services are going to be implemented in near future, we expect there will be a definite demand particularly for bands where 5G ecosystem has been developed... Telecom operators will bid for it. This includes 700 MHz band that can be utilised for 5G," TRAI Secretary S K Gupta told PTI.

He said that the Trai's recommendations on reduced rates for 700 Mhz band took into account the price of the spectrum that was recently auctioned in markets like Singapore, Germany, Denmark, Turkey, and Taiwan.

The Telecom Regulatory Authority of India (Trai) on Wednesday recommended an auction of about 8644 MHz of telecom frequencies at an estimated base price of Rs 4.9 lakh crore. At around Rs 6,568 crore per Mhz, the regulator has suggested a whopping 43 percent cut in base price for the premium 700 Mhz frequency which had failed to attract buyers in the last auction held in 2016.

"We have clearly indicated that prices now recommended are in line with international trends. As far as the financial health of the sector is considered, the spectrum price has to be derived based on numerous factors, and more so this is only the reserve price. The industry will take care of requirements based on their need and strengths" Gupta said.

A new 3300-3600 Mhz band has opened up for 5G services, he said, adding that "enormous opportunities" are available for telecom operators to bid for the spectrum they need for the next-generation services.

"As for other bands, many of the service providers have sufficient spectrum with them. But depending on their business model and need, they may bid for spectrum in different bands. I am very optimistic," he said.

Gupta added that Trai's optimism for demand flowing-in for 700 Mhz, is based on the development of an ecosystem for the band.

While the regulator suggested a discount in base prices of key spectrum bands, including 700 Mhz, 800 Mhz and 1800 Mhz (compared to the 2016 auction), it has batted for putting on sale an additional 550 Mhz of 5G spectrum that has been reserved for ISRO by the Department of Telecom (DoT). It has mooted a pan-India base price of Rs 492 crore per megahertz unpaired spectrum for proposed 5G spectrum (3300-3600Mhz).

In its latest note, UBS observed that although the reserve price for 700 Mhz band and 800/900MHz bands had been lowered, the sector's financial health had raised questions on "whether the operators have the willingness or capacity to acquire spectrum at these prices".

It said that despite the cut in 700MHz prices, it believed the overall rate "is still higher than other markets and not reflective of the current financial health of the Indian telecom sector", which is seeing margin erosion due to stiff competition.

BNP Paribas too said that while the reserve price of 700 MHz has been almost halved, it is still "steep".

"Industry revenue and profitability have worsened significantly post the previous auction which is not reflecting in the spectrum price recommended by Trai, in our view. Incumbents are yet to deploy some of their existing spectrum and we see minimal demand from them in the medium term," it said.

While Reliance Jio has already put to use most of its spectrum, BNP Paribas said its utilisation is 20 percent and therefore it did not foresee the company bidding for much.

"Spectrum in India has decisively turned into a buyer's market and operators are likely to acquire spectrum only as and when they need it; they are likely to be selective based on their needs rather than accumulate spectrum," it said.