The unimportance of being a BJP Dalit worker: Murder of a boy is par for course in Mamata land, why outrage about it?

The unimportance of being a BJP Dalit worker: Murder of a boy is par for course in Mamata land, why outrage about it? 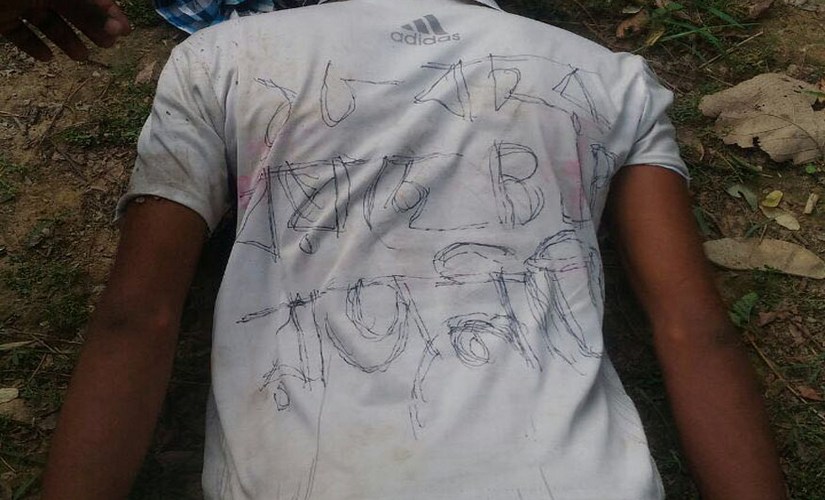 The hypocrisy template that defines mainstream media in India is once again evident over the alleged murder of a young Dalit student in West Bengal on Wednesday.

Trilochan Mahato's fault was that he was a member of BJP's youth wing and had worked hard during the recent violence-marred panchayat polls. Amid a sweep by the ruling Trinamool Congress, Balarampur in Purulia district was one of the few pockets where the BJP had performed well.

The victim, who was found hanging from a tree in Supurdi village, had a message scrawled on the back of his white tee-shirt. In Bengali, it read: "This is for doing BJP politics from age 18. Been trying to kill you since the vote. Today you are dead." The same message was written on a scrap of paper near the vicinity of the dangling corpse. Trilochan's belongings, including his new bicycle, was found nearby.

Trilochan's father Hariram, a local leader, was instrumental in BJP's good show during the rural body polls. The saffron unit had won all nine gram panchayats and two zilla parishad seats in the block. He told Telegraph newspaper: "He did not return home last night and called us to inform that he had been abducted by TMC supporters. This morning, we found his body…" Hariram has lodged an FIR against six local TMC workers. According to police, they are absconding.

Trilochan, who was a third-year History Honours student at Balarampur College, had reportedly ventured out with his bicycle in the afternoon to get some study material photocopied. His brother Shibnath told Anandabazar Patrika that they became worried when Trilochan failed to return by evening. Shibnath said he was constantly calling his brother since evening without any response. "At around 8.45 pm, Trilochan told me over the phone, 'they are carrying me away in motorbike. My eyes are tied. I can't see anything. They may kill me, please help." The line got disconnected, said Shibnath. Incidentally, Trilochan's mother told the Bengali daily that TMC workers had threatened to kill him after poll results.

After "preliminary investigation", Purulia SP Joy Biswas claimed "personal enmity and not politics" could be the reason behind the murder.

On Tuesday, Abhishek Banerjee, TMC MP, president of the party's youth wing and heir apparent to chief minister Mamata Banerjee, was quoted by saying in a Bengali daily that TMC will make Purulia "Opposition free".

Local TMC leader Shrishti Dhar Mahato blamed the murder on BJP's "infighting" and called for a state-run CID probe. Senior leader and TMC secretary-general Partha Chatterjee told the media: "Something scribbled on the back of a murder victim does not substantiate any claim that Trinamool was behind the murder in any way whatsoever. The assumptions are outrageous."

One doesn't know what is "ridiculous". Chatterjee's "assumptions", or the reported facts on the ground. The details are a pithy microcosm of state of affairs in West Bengal where violence has replaced democracy as the writ of rule.

With cops behaving more as party cadres than law enforcers the ruling party knows it can afford to be brazen. The local media is pliant, the Opposition is scared stiff and not even journalists are exempt from violence.

The question is why the national media — which is quick to hold the political right responsible for every alleged act of crime without even waiting for facts to emerge — has failed to highlight an ostensibly brutal murder of a young Dalit student with the seriousness it deserves and ask questions of Mamata Banerjee.

Leave alone involvement of BJP or any right-wing units in the crime, if the murder had taken place in Gujarat or any other BJP-ruled state, by now we would have screaming headlines across every edition in print, non-stop full-panel debates on every TV channel, on-the-loop reportage, zettabytes of columns in digital space about how Narendra Modi has pushed India over the brink, multiple hash-tags on social media and candlelight activism near India Gate and other such monuments. Columns and editorials from western and West Asian publications would have followed.

Political violence isn't new in Bengal. (See BANERJEE, PARTHA SARATHI. Party, Power and Political Violence in West Bengal. Economic and Political Weekly, vol. 46, no. 6, 2011, pp. 16–18). But with the advent of new media tools and greater awareness, political leaders and parties in a democracy now find it difficult to get away with heavy-handed tactics than ever before. This progression, however, seems to have reversed in Bengal.

We find tepid reporting and worse, an attempt by some to bury the development. There was no outrage on social media either. The issue would have largely gone unnoticed but for BJP president Amit Shah's tweets.

Deeply hurt by the brutal killing of our young karyakarta, Trilochan Mahato in Balarampur,West Bengal. A young life full of possibilities was brutally taken out under state’s patronage. He was hanged on a tree just because his ideology differed from that of state sponsored goons. pic.twitter.com/nHAEK09n7R

The present TMC govt in West Bengal has surpassed the violent legacy of Communist rule. Entire BJP mourns this tragic loss & stands firmly with Trilochan Mahato’s family in this hour of grief. His sacrifice for organisation & ideology will not go in vain. Om Shanti Shanti Shanti.

Local Bengali daily Ei Samay did not carry the news in its front page and the spin on inside page report would make even Shane Warne proud. ABP, however, splashed it big. The Telegraph, which is known to carry banner headlines on right-wing "intolerance", carried a single column on front page with no mention of the word 'Dalit' in headline.

The Indian Express and The Times of India both carried the news on their front pages in single-column space but neither mentioned the word 'Dalit' in headline, unlike Firstpost that did.

Incidentally, while The Indian Express carried the news in its Delhi edition front page too, The Times of India carried it on Page 9, while Hindustan Times carried it as a Page 10 brief, with no mention of 'Dalit' in headline. No English news channel ran a prime time debate except one.

The truth is, Mamata Banerjee gets a free pass from the media on riots, political murders, violence during panchayat polls, banning of Durga idol immersion during Muharram or changing of Bengali names in school textbooks.

If Mamata's status as a powerful regional chieftain, a key Opposition figurehead, "champion of secularism" and a "beacon of democracy and development" comes in the way of media's honest assessment of her performance as a political leader and administrator, then the media should reflect on the hollowness of its claim of being the "watchdog of democracy" and get off the moral high horse where it wants to be perennially perched on.

Media's conduct shows that instead of highfalutin moral ideals of "truth to power", its opposition of Narendra Modi and BJP is ideological and political. This bias is affecting its image and giving rise to simmering discontent among people whose voice it is mandated to represent.

In Rahul Pandita's words, "the visceral hatred for one man who is now the Prime Minister of India is making many observers of politics lose their objectivity and sense of proportion. In their desperation to see Modi on his knees, they find meanings where none exists."

Or, as JNU professor and poet Makarand Paranjape writes, "…in a democracy, media can and does take sides. The real problem is media that has ceased to seek or report the truth, so corrupt, complicit, or deluded it is. That is serious failing, a national calamity." The lack of noise or outrage in media over Mahato's death are a reinforcement of these truths.