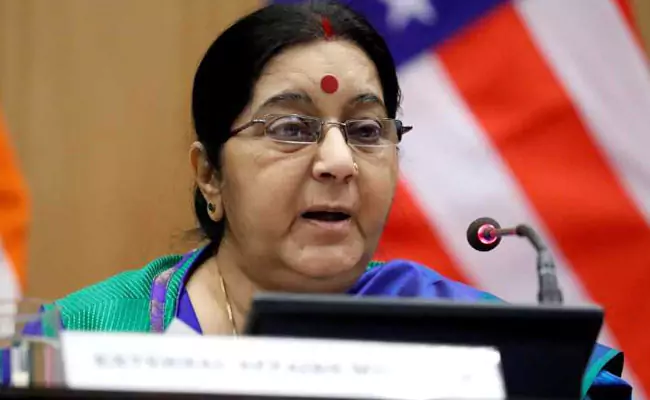 NEW DELHI: The Congress today alleged that Union minister Sushma Swaraj was a victim of the "Frankenstein Monster" the BJP created, as it condemned her trolling on Twitter on a day when opposition party leader Priyanka Chaturvedi was threatened on the microblogging site with rape of her 10-year-old daughter.
Congress spokesperson Abhishek Singhvi said while he had condemned Ms Swaraj's trolling by tweeting in her favour, no BJP leader had come out in her support.

"Anybody who creates a Frankenstein Monster must remember that (it)...swallow you up. Anybody who rides a tiger must know that the tiger has to decide when to eat you up, you cannot decide as to when to dismount. This is a tiger put beneath Ms Sushma Swaraj by the party to which she belongs," Mr Singhvi said.

"She cannot say so - let me say on her behalf. She is the victim of the Frankenstein Monster and the tiger which her party and her party's thinking has created... How many of her party colleagues have condemned it? The Congress has condemned it?" he told reporters here.

"It does not matter whether it is Priyanka Chaturvedi or Sushma Swaraj. The point is - is this the India we want to live in? We had social media earlier also... social media was not invented four years ago... Tomorrow it will bite you," he said.