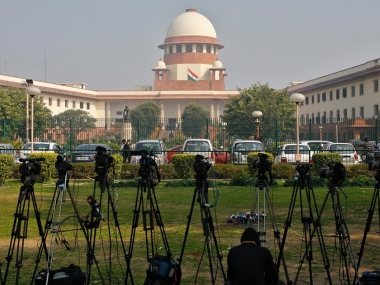 New Delhi: When she was 16 years old, Meena (name changed) was determined to work hard to realise her mother's dream. She studied day and night because her family, especially her mother, wanted her to become a doctor — potentially the first doctor in the family ever. She was so excited. When she secured good marks in her senior secondary exams, she was all set to go. Her parents were ecstatic. She would be the first child of the safai karmacharicommunity to become a doctor.

Meena's parents are both safai karmacharis employed with the Jammu Municipal Corporation. They worked hard cleaning the city all their working lives to ensure a bright future for their children. Their hopes touched the skies when they realised their daughter Meena was bright and good at studies. They loved to hear her speak in English — her confidence and clear diction matched the convent-educated children of their city. They had saved their hard-earned money for years in order to be able to afford the cost of her medical education. They were determined that their daughter's higher education would not suffer due to a lack of funds. Now nothing could stop their family from rising out of the generations-old tag of 'safai karmachari'.

In the great democracy that is India, every citizen has the right to equality. There are innumerable examples of achievers who have risen out of poverty, backwardness and social stigmas to become role models for the future. Meena had dreamed she would become such a role model. But it was not to be.

Her dreams were shattered. Her mother is often in tears these days, her father is an angry man. It was not just the dream of a family that was shattered, but the dream of an entire community, an entire generation.

Meena’s father and other family members tried all possible means to get past this mandatory provision, but to no avail. Then, like all parents, they tried to get Meena admitted into other higher technical education courses, considering her high grades. But here too their only roadblock was the PRC.

It’s been some years now since Meena and her family took this blow. But life has changed drastically. Now they have nothing to look forward to. No dreams, no hopes, no excitement. Meena has become a loner, the once smiling face is devoid of expression. She avoids meeting outsiders, and spends her time taking tuitions at home.

Meena’s case is not unique in Jammu and Kashmir. There are hundreds and thousands of youngsters like her who are discriminated against by the very state in which they were born and brought up. In 1957, the government of Jammu and Kashmir state invited around 200 Valmiki families from Punjab, specifically to be employed as safai karmacharis (sweepers). These families agreed to work in the state after being promised that they would be given permanent resident status in the state. What they did not realise was that their permanent resident status would be beset with the clause 'only to the extent of being safai karmacharis' — a clause that would ruin the aspirations of generations to come!This is Article 35-A for you.

After a lapse of five decades, the community has grown in numbers. Parents sent their children to school and hoped to build a better future for them. However, their dreams and efforts are shattered simply because they are 'permanent residents' of Jammu and Kashmir only to the extent of being safai karmacharis!

Their children cannot get admission to government-run professional institutes. The educated youths from these Valmiki families are only eligible to be appointed as safai karmacharis.

Even when educated safai karmacharis working in Jammu Municipality qualify for promotion, they are denied the opportunity as they can only be sweepers, nothing else. These safai karmacharis can vote in Lok Sabha elections, but not state Assembly or municipality elections. Hence the state-level political leadership does not bother about them — because they'll never be a votebank. Their voice is not heard by anyone in power corridors.

Safai karmacharis/Valmikis share this plight with other communities in the state such as West Pakistan refugees. Half the population of the state ie the women are also severely affected by the conditions set by the state government on who is granted PRC.

Article 35-A is a provision incorporated in the Constitution giving the Jammu and Kashmir legislature a carte blanche to decide who are ‘permanent residents’ of the state. Those who are granted ‘permanent resident’ status have access to rights and privileges enjoyed by citizens across India — right to public sector jobs, acquisition of property in the state, scholarships and other public aid and welfare. However, those who are not granted this status are denied these rights, thus creating an unimaginable divide among the communities — a legally sanctioned division of 'haves and have-nots'.

Article 35(A) enables the state Assembly to define 'permanent residents' and to give them rights and privileges that are denied to all other citizens of India who do not fit into this definition of 'permanent resident'. This Article has denied basic rights to many communities living within Jammu and Kashmir for the past six decades.

As a result, none except those defined as ‘permanent residents’ are entitled to property rights; employment in state government; participation in the panchayat, municipalities and legislative Assembly elections; admission to government-run technical education institutions; scholarships and other social benefits. Why was Article 35-A challenged in the Supreme Court?

It appears, in this case, the president bypassed the amending procedure as laid out in the Constitution on India in order to add the new Article 35-A. This also means that Article 368 of the Constitution, in its application to Jammu and Kashmir, also got amended. The President of India does not have legislative power, but in this case he appears to have performed the function of Parliament itself.

The 1954 order states it is being issued "in exercise of powers conferred by clause (1) of Article 370 of the Constitution, with the concurrence of the Government of Jammu and Kashmir".

Article 370 does not state anywhere that it confers on the president executive powers so vast that he can amend the Constitution to the extend of adding a new Article. So, was it not the abuse and misuse of Article 370 through which Article 35-A was brought into existence?

It is noteworthy that this 'amendment' to the Constitution was concealed from general audit by not mentioning the same in the text of editions of the main Constitution. Till very recently, most constitutional experts were completely unaware of this Article 35-A and its implications. This deliberate secrecy itself puts a big question mark on the intentions behind the making of this Article.

Article 35-A has been challenged in the Supreme Court, because only the apex court is empowered to hear cases relating to the Constitution of India.

Besides the legality of how Article 35-A was added to the Constitution via the back door, the Supreme Court will also have to take into account the gross human rights violations that are existing on the ground in Jammu and Kashmir state because of the implementation of this dubious Article. After all, it's a matter of the rights of lakhs of citizens of India and their future generations.