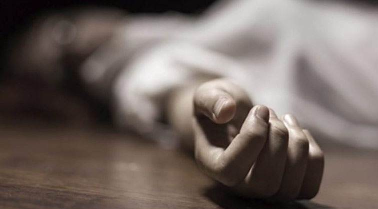 An FIR has been filed by police against 20 named individuals and 150 unnamed members for rioting and use of criminal force to deter public servants from discharging their duties.

A crowd hurled stones at policemen in Ghaziabad Wednesday night, alleging malpractice in dealing with an accident in which a motorcyclist was killed. Five policemen and a civilian were injured in the pelting.

According to DSP/CO Loni, Durgesh Kumar Singh, three separate FIRs have been filed in the matter – one against the driver of the car, and two against the crowd – by the police and civilian, respectively.

The accident took place at 7.30 pm on Wednesday. A car ran over a motorbike near Tronica City, killing the rider, Rahul Sukhumar from Durgavali village. A group of people from the village took him to a private hospital where he was declared dead, following which they went to Tronica City police station.

DSP Singh said the group alleged that police had caught the driver and let him off after receiving a bribe. “Police personnel explained to them that the driver had not been caught yet and that the law would take its course. They dispersed and went back to the accident site, where around 200 people sat down with the body and started protesting against police,” he said.

DSP Singh said that a police force arrived at the spot and asked the crowd to leave. “We took the body to the mortuary and convinced them to disperse. But a little while later, the crowd gathered again and turned unruly. As it grew more disruptive, we called in 50 policemen from five police stations. The crowd began to retreat, but pelted stones at police. Five policemen were injured, and a stone hit the head of a civilian driving by on a tractor. The situation was brought under control only at midnight,” he said.

Police said the car driver, a local of Daulatpur, has locked his house and is on the run.