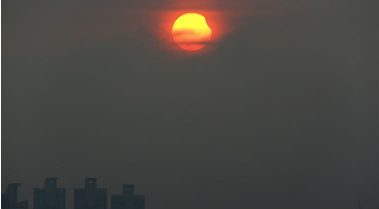 The July 13 partial solar eclipse can be witnessed from Australia and northern Antarctica. The parts of Southern Australia, from where the eclipse will be visible include, Melbourne, Adelaide and Hobart as well as Stewart Island on the south of New Zealand. According to the reports, this partial solar eclipse will be visible for a little over one hour, with the event expected to start at 07:18:23 AM IST.

Precautions are advised to view the phenomenon as the event might direct undue radiation toward Earth. Star-gazers can choose to watch the Sun through a pinhole camera and use solar filters for their devices to click photos or shoot videos.

Another celestial event – Blood moon – is salted for the night of July 27. The Blood Moon is expected to be visible in India as well, in addition to many parts of Europe, Africa, Asia, Australia, and New Zealand. The blood moon is estimated to last over 100 minutes and is expected to cast a larger shadow over the Earth than previously recorded moons.