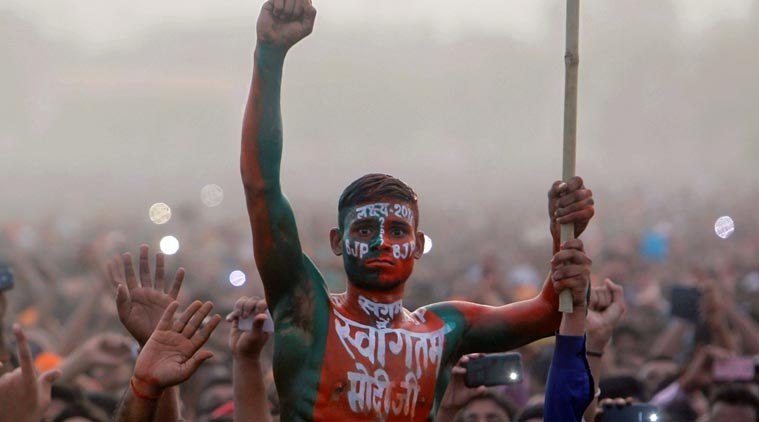 In what is seen as an attempt to counter the Opposition’s allegations that the BJP-led NDA government is against reservation, the saffron party is giving representation to leaders from Scheduled Caste (SC), Scheduled Tribes (ST) and Other Backward Classes (OBC) communities in recent selection for appointment of Governors as well as Rajya Sabha and Legislative Council election candidates.

The developments in the Hindi heartland states over the past few months is being seen as a concerted attempt to chip away at caste combinations that are held as key voter base of opposition Congress, Samajwadi Party and the Bahujan Samaj Party.

Among three new Governors appointed this week, Satyadev Narayan Arya (Haryana Governor) and Baby Rani Maurya (Uttarakhand) are from the Dalit community. The third, Satya Pal Malik, is a Jat from western UP, a community that had overwhelmingly backed the BJP in 2014 Lok Sabha polls but now a section is seen as gravitating towards the RLD.

Both Haryana and Uttarakhand has significant population of Dalits. A former mayor of Dalit-dominated Agra, Baby Rani Maurya is a Jatav who had held positions in BJP’s national SC morcha in the past and is at present a member of the BJP national council. BJP insiders said she had been active especially among women from Dalit and backward caste background through Seva Bharti programmes.

Last month, Ram Shakal, a leader from Mirzapur in UP was nominated to Rajya Sabha. A former RSS man, Ram Shakal has been a three-time MP from Robertsganj Lok Sabha constituency in Sonbhadra district of eastern UP, which has a large Dalit population.

In Rajya Sabha elections held in March in UP, Bihar, Rajasthan, Madhya Pradesh and Jharkhand, the BJP had given tickets to four candidates from OBC communities, two from ST and one SC. In the Legislative Council elections of UP and Bihar in April, it had named two SCs and one OBC, and left one seat in UP for ally Apna Dal’s president Ashish Singh Patel, who comes from an OBC background.

According to BJP leaders in MP, apart from the caste factor, another reason for selection of Kailash Soni was that he is the national president of Loktantra Senani Sangh. “There is a large number of veterans in MP who had been booked under MISA when Emergency was imposed in the country. They had been in Jan Sangh and other parties,” a BJP leader said.

In UP, Harnath Yadav comes from Mainpuri, a Samajwadi Party bastion. The move is seen as an attempt to dent the SP’s Yadav vote-bank.

Likewise, the election of Sakal Deep Rajbhar, an OBC from eastern UP, where backward caste Rajbhars form a significant chunk of the electorate, is seen as a bid to counter Om Prakash Rajbhar, a UP minister and the chief of ally SBSP, who has often shown a rebellious attitude.

For Rajya Sabha, the BJP gave tickets to two leaders from ST background: former Lok Sabha MP Kirodilal Meena in Rajasthan and Samir Oraon in Jharkhand. The Oraon caste is the second largest ST population in Jharkhand and has influence in nearly a dozen Assembly segments and Lok Sabha constituencies of Ranchi and Lohardaga.

The BJP also sent Kanta Kardam to Rajya Sabha from western UP. She is a Jatav, a community considered a strong vote base of the BSP.

Kardam had lost the mayor election from Meerut last year when the seat was reserved for SCs.

Her selection is being seen as a move by the BJP to woo Dalits amid some caste tension in the region following clashes between Dalits and Thakurs in Saharanpur last year, apart from some other areas.

Of the Legislative Council candidates, Ashok Kataria comes from the OBC Gurjar community, which has influence in western UP. The party had named Vidya Sagar Sonkar, from SC community, who is presently BJP’s UP general secretary.

In Bihar, it had given ticket to Sanjay Paswan, a Dalit leader who was a Union minister in the Atal Bihar Vajpayee government.