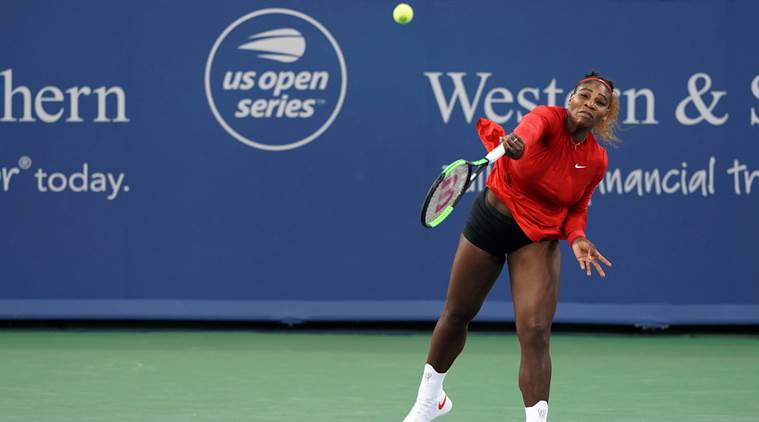 Former world number one Serena Williams looked sharp in her return to the hardcourts after a week-long break, soundly defeating Daria Gavrilova 6-1 6-2 on Monday to advance to the second round of the Cincinnati Masters. Williams, who made the Wimbledon final last month but withdrew from last week’s Rogers Cup in Montreal for personal reasons, cracked eight aces and was never broken as she dispatched the 24-year-old Australian.

“I realised after Wimbledon that this is a journey for me,” the 36-year-old Williams said. “It’s going to come and I’m taking it one day at a time. I’m just fortunate to be back here on these courts playing tennis. Everything is truly amazing.” Next up for the 23-times grand slam champion is a second-round clash on Tuesday with two-time Wimbledon winner Petra Kvitova, who had a first round bye.

Aryna Sabalenka of Belarus came from behind to defeat Johanna Konta 4-6 6-3 6-4 in their first round tussle. Konta had 10 double faults and was broken four times by the 20-year-old, who will face big-serving ninth seed Karolina Pliskova on Tuesday. US Open finalist Madison Keys and former world number one Victoria Azarenka also advanced. Keys, the 11th seed, fired 13 aces as she eliminated fellow American Bethanie Mattek-Sands 3-6 6-7(3) 6-4.

Azarenka, working her way back up the world rankings from her current number 87 after the birth of a son, overcame Carla Suarez Navarrao of Spain 6-7(5) 6-2 6-4. Azarenka will meet sixth seed Caroline Garcia in the second round. (Reporting by Rory Carroll and Gene Cherry; Editing by Ian Ransom)