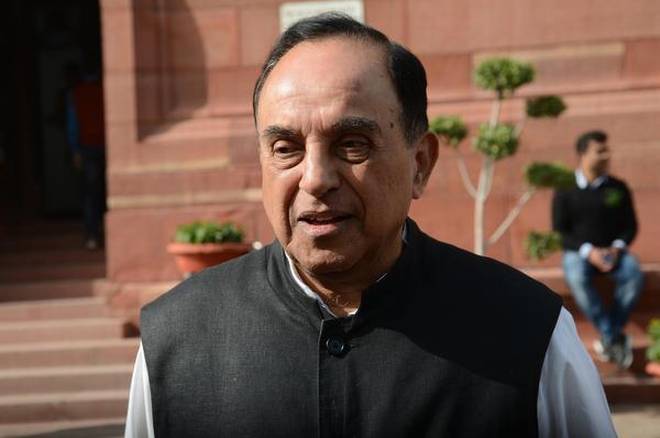 The Supreme Court on Tuesday declined urgent listing of BJP leader Subramanian Swamy’s plea seeking enforcement of his fundamental right to worship at the disputed Ram temple at Ayodhya and asked him to mention it again “later on”.

A Bench comprising Chief Justice Dipak Misra and Justices A.M. Khanwilkar and D.Y. Chandrachud considered Mr. Swamy’s submission for urgent listing and hearing of his petition relating to the dispute.

“You mention it later on,” the Bench said.

Mr. Swamy said the term “later on” was very subjective and added that he would mention his plea for hearing after 15 days again.

The apex court had refused urgent listing of Mr. Swamy’s plea for enforcement of his fundamental right to worship at Ram temple earlier as well.

Suraj Anjaana 0 177 19 January 4.9 Law Enforcement-Court or Supreme Court
You Can Share It :