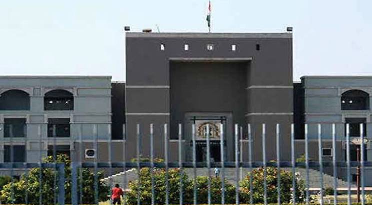 The court has directed the government to verify her statement and report to it on August 7.

The 21-year-old woman, who had accused former state BJP vice-president Jayanti Bhanushali of raping her on multiple occasions, on Friday told the Gujarat High Court that she did not want to pursue her case, claiming that she lodged the complaint following some “misunderstanding”. She gave her written consent for quashing
the FIR.

The court has directed the government to verify her statement and report to it on August 7. The woman, clad in a burqa, appeared in the court of Justice P P Bhatt, accompanied by a man.

As Bhanushali’s lawyer S V Raju told the court that the complainant’s statement should be recorded since she is present in the court, she said, “Apni marzi se complaint wapas le rahi hoon (I am withdrawing the case of my own wish).”

Justice Bhatt, however, told her to think over her decision to withdraw the case. He said, “Think it over. You have time.”

Bhanushali’s lawyer Raju maintained that “it is an ordinary case”.

Earlier, the girl’s lawyer submitted an affidavit in which she is reported to have said, “Because of some misunderstanding and in a heat of moment I filed the case… but I realised and looking at my future and young age, I would like to have harmonious atmosphere in the society, in my family and also in my future. Therefore, now I don’t want to proceed in the present matter, I don’t have objection to the quashing of the FIR.”

Clarifying the government’s stand, public prosecutor Mitesh Amin, said, “Whether the affidavit filed by the girl is at her free will or not, it needs to be examined.”

Amin said that the investigating officer (assistant commissioner of police RR Sarvaiya), who was also present in the court, will verify the affidavit and a report will be prepared.

The court is scheduled to hear the matter again on August 7.

Raju said, “There are several other connected matters which are being quashed. In one case, the FIR was quashed on Thursday. These cases were lodged by a group of people.”