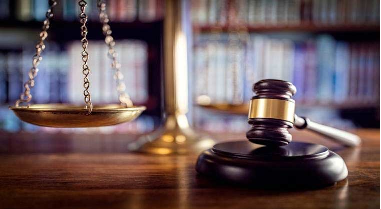 The single-judge bench warned it would summon DGP Suresh Arora to the court, but later ordered a cost of Rs 25,000 on him and asked him to submit an explanation for the delay.

The Punjab and Haryana High Court on Thursday imposed a cost of Rs 25,000 on Punjab’s Director General of Police Suresh Arora for his failure to submit a reply in a case of alleged illegal detention of a Moga resident.

Arora had been asked by the HC to personally respond to the habeas corpus plea after the then Moga SSP Raj Jit Singh filed a reply “contrary to facts” in the case in May. Raj Jit has since been transferred out the district in an unrelated matter.

The reply was to be filed within two weeks.

When the hearing resumed on Thursday, there was no response from the DGP. The single-judge bench warned it would summon Arora to the court, but later ordered a cost of Rs 25,000 on him and asked him to submit an explanation for the delay.

The money has to be deposited with the HC Legal Services Authority. The case involves the alleged illegal detention of a Moga resident Beant Singh by the police on February 4 this year. While his wife had moved a plea for his release, the detainee was released just after the case had reached the High Court.

The warrants officer, in his report, had said that the officials of the police station concerned accepted that there was no DDR or FIR against Beant Singh.

“The warrants officer submitted the findings before the court. The SHO had conceded before the officer that they had received some complaint but it was found to be false. However, despite that Beant was detained, tortured and threatened to be booked under false cases,” said advocate Pradeep Virk, who appeared for the petitioner.