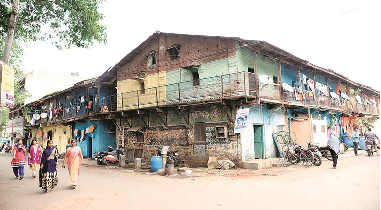 Internal study underway to hand over civilian areas to municipal corporations, but residents pitch concern against the new plan of Army.

The Army seems keen to hand over civilian areas in the cantonment region to the civic bodies, say sources. However, the public mood on the cantonment area does not seem to second such a plan. Many believe that civic bodies like Pune Municipal Corporation (PMC) and Pimpri-Chinchwad Municipal Corporation (PCMC) will add to the mess, as they themselves are struggling to take proper care of their jurisdictions. Some also opine that the central and state governments should provide fiscal assistance to implement development projects and make welfare schemes applicable to cantonment area, instead of abolishing the cantonment boards.

The cantonment areas came into limelight once again as the Army has revived the proposal to hand over civilian areas under the 62 cantonment board areas to the local civic bodies.

An Army spokesperson in New Delhi confirmed that an internal study has been launched regarding hand over of civilian areas to the civic bodies. “After the study is over, the report will be submitted to the Defence Ministry, which will take the final call,” the spokesperson said.

Sources said the Army had wanted to hand over the civilian areas to the civic bodies while converting the Army areas to military stations. “This effectively means the end of cantonment board across the country,” sources said.

Describing it as a good move, Major Gen (retd.) S C N Jatar, however, said he was neither in favour of the abolition of cantonment boards nor against it. “I have no problem if the government hands over the civilian area to civic body like the PMC,” he said. But, Jatar added, it should be done only on the condition that the cantonment board area would not be converted into slums, which was happening in the civic areas currently.

Stating that the Pune Cantonment Board region is better maintained than the PMC areas, Jatar pointed out that in PMC areas, unauthorised constructions, encroachments on roads and footpaths and heaps of garbage were a common sight. “There are illegal structures in cantonment area too, but the PCB takes stern action against them. Besides if you go around the area, piled-up garbage and slums are a rarity,” Jatar said, adding that corruption, too, is far less in the cantonment area.

Agreeing with Jatar’s views, MP Vandana Chavan, Pune city NCP unit president, said she was against doing away with cantonment boards. “The Army areas are certainly far better maintained than civic areas. Look at the mess created by the PMC in Pune city,” she said, adding that there was a different kind of a feeling on a cantonment terrain. “There is safety, neatness and discipline in cantonment areas, at least in PCB area,” she said.

Chavan, however, said she wanted certain rules regarding construction to be relaxed. “Be it about redevelopment, renovation or FSI, there should be some relaxation in civilian areas. They should allow some commercial activity to take place,” she added.

Another MP Shrirang Barne of the Shiv Sena said he had heard of the Army plan, but did not know how they would be going about it. “Currently, there are a lot of problems regarding carrying out development activity in cantonment areas. This is because decisions are not taken. In cantonment areas, security is given prime importance, development activity is secondary,” he said. Barne added that if proper rules were framed for carrying out development work in civilian areas of the cantonment region, then he had no objection to hand over those areas to the civic bodies.

“There should be no hurdles in implementing development like it is happening at present,” he said.

Ashok Morwal, a resident living in the Khadki Cantonment Board area for 50 years, said cantonment residents will not like being pushed into civic clutches. “A civic body will destroy the sanctity of the cantonment area. They allow slums to grow and create all sorts of problems. In cantonment area, too, slums exist, but the slum-dwellers know that they will be thrown out overnight,” he said.

Sharing Chavan’s views, Morwal said building bye-laws should be relaxed by the Army in the civilian areas. “Old structures are crumbling due to strict rules. New structures are constructed by flouting rules. For instance, new structures come up right next to a public road leaving no space for footpath or mandatory margins are not maintained as done in civic areas,” he said, adding that there was a pressing need for a relook at construction laws in cantonment areas.

Rajan Pillay, a civic activist, said cantonment boards had no source of revenue that could keep them going. “Their budget is paltry, while civic budgets in Pune have gone beyond Rs 2,000 crore. Cantonment boards cannot provide water, they have to source it from the civic bodies,” he said.

The major sources of revenue are entry and house taxes. With few sources of revenue, Pillay said cantonment boards did not even have funds to construct public road despite people dying following accidents on shoddy roads. “In the less than two km stretch of Pune-Mumbai highway, nearly 200 people died due to potholes and bad state of roads in 10 years. The KCB threw its hands up, saying it had no funds to repair the road. Finally, the PMC relaid the road in 2006 at a cost of Rs 23 crore,” he said.