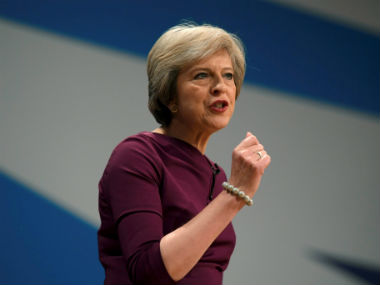 May avoided a major blow Tuesday after MPs rejected a plan that would have given parliament a veto on any deal with Brussels and removed her power to leave the bloc without an agreement. She won over would-be rebels with a pledge that the government would address their concerns about having a "meaningful vote" in the event of a no-deal scenario.

But an amendment issued Thursday detailing what must happen if the withdrawal agreement or future relationship with the EU is deadlocked on 21 January, 2019, failed to appease MPs. It would give them a vote on only a "neutral" motion confirming that they have considered an unamendable statement by a minister on the issue.

The document drew instant rebuke from leading pro-Remain MPs from both May's ruling Conservative party and opposition ranks. "It is unacceptable in my view," leading pro-EU Tory Dominic Grieve told Britain's Press Association. "It totally negates the point of the amendment, which was to give MPs a say."

He added that the final text of the amendment, which had been tabled in the House of Lords at the last possible moment, had been changed from wording which he believed had been earlier agreed. Shadow Brexit secretary Keir Starmer said the amendment was "not good enough".

"Theresa May has gone back on her word and offered an amendment that takes the meaning out of the meaningful vote," he added. "Parliament cannot -- and should not -- accept it."

But a spokesperson for the Department for Exiting the EU insisted it had "listened" to the rebels' concerns in the amendment and given MPs the chance to vote under several different scenarios. "But this remains hypothetical and the Government is confident we will agree to a good deal with the EU which Parliament will support," it added in a statement.

The row heightens the chance of a stinging defeat for May over the EU Withdrawal Bill in the coming weeks ahead of a crunch summit of European leaders in Brussels on 28 June. The legislation would formally end Britain's membership of the bloc and transfer more than 40 years of European law on to the British statute books.