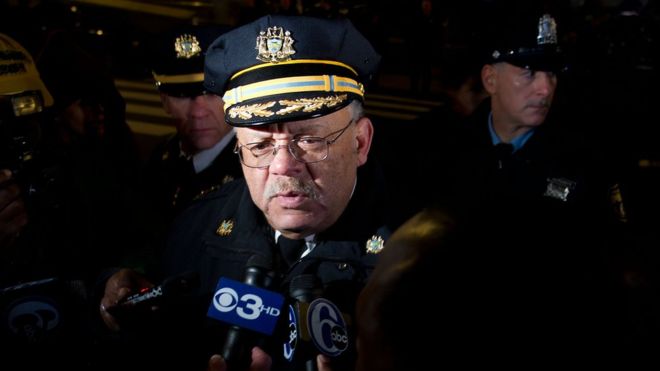 In a bid to regain the trust of the public and reform their profession, more working police officers are learning to do their own research. Meet the police pracademics.

In 2003, Charles H Ramsey, the chief of the Metropolitan Police Department of the District of Columbia, took a trip to Jerusalem.

During a ride-along with the Israeli police in the southern part of the city, Ramsey noticed the officers kept the lights on top of their vehicle illuminated at all times. It was seen as a way to make police presence known to the public, and also a crime deterrence technique.

When he returned to Washington DC, he directed all of his officers to switch on the non-flashing "cruise lights" atop their vehicles when they drove around the city. Five years later, when Ramsey became police commissioner in the city of Philadelphia, he brought the lights policy with him. Other cities followed suit.

After his retirement in 2015, Ramsey's successor Rick Ross quickly ended the cruise light policy. A lieutenant told a local reporter that the lights "allow the bad guys to see you essentially before you arrive to a location".

The problem with all this was that no one - not Ramsey, nor Ross - knew for a fact that the policy helped deter crime, nor did they know if the reverse was true - that it made crime-fighting more difficult. No one in the department had run the kind of tests needed to find out if the lights truly drove crime up or down or had no effect at all.

In 2017, Darien Police Sergeant Jeremiah Johnson decided to change that.

"[Police] are making decisions based on what we think works or what is popular rather than what the evidence points us to," he says. "I think that's problematic and we need to shift that kind of thinking."

The small, affluent town of Darien, Connecticut, had a persistent problem with late-night car break-ins and Johnson, who has two masters degrees and a PhD in criminal justice, decided to run a randomised control trial to determine whether or not keeping lights on patrol cars had any impact. Over the course of four months, officers on the overnight shift were randomly assigned to have a "lights on" or a "lights off" night. Then Johnson tabulated the number of vehicle break-ins, vehicle thefts, arrests, accidents and traffic stops that occurred overnight. He controlled for bad weather and the varying numbers of officers per shift.

Six month later, Johnson presented his findings in a room full of other police officers, academics and law enforcement experts at the second annual conference of the American Society of Evidence-Based Policing in Philadelphia. His results were promising - crime incidents dropped across the board when officers kept their lights on.

However, only the drop in the number of traffic stops was statistically significant, meaning he couldn't rule out that the results were due to random chance. The Darien Police Department did not adopt the technique.

"You kind of have to go where the evidence takes you," Johnson said afterwards. "If it's not effective, then you move on to the next thing."

Johnson is what's known as a "pracademic" - a researcher who practices in the field he studies. In this case, a working officer researching policing in his own department.

It's a nascent movement within policing that was on display at the ASEBP conference, where police from all over the US - as well as the UK, New Zealand, Australia, Canada and Mexico - gathered to hear the latest research on body cameras, implicit bias, violence reduction and de-escalation, and to meet like-minded academics.

The types of studies the pracademics run are still too rare according to Renee Mitchell, the president and co-founder of the nascent ASEBP, who says there's a "weak base of scientific literature" in policing.

"We intervene in people's lives on a daily basis. If you look at the numbers police probably make contact in the hundreds of thousands of of times over the course of a year," she says. "Every single one of those interactions or interventions could potentially be harmful ...we don't know the effects of our practices.

"We owe it to the public to start figuring this stuff out, because we could be making people worse."

Mitchell is a 46-year-old sergeant with the Sacramento Police Department, as well as a Fulbright Police Research Fellow who holds a PhD from the University of Cambridge.

After 20 years on the force, she knows first hand how unexamined policies and policing techniques can harm not just the public, but police officers themselves.