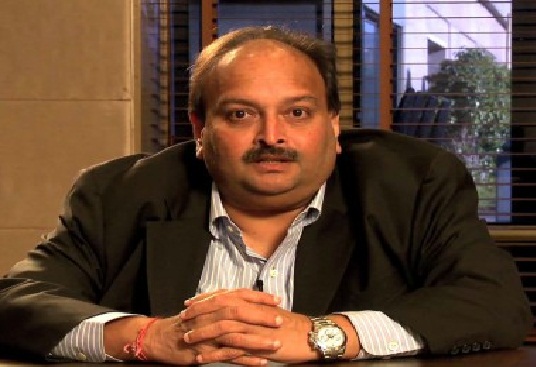 New Delhi:The CBI has sent an extradition request for fugitive businessman Mehul Choksi to the government to be forwarded to Antigua where he has taken citizenship in November last year, an agency official said today.

Elaborating on the move, CBI sources said the agency has cited three grounds on the basis of which Choksi, one of the alleged masterminds of the $2 billion scam in state-run Punjab National Bank and uncle of fugitive diamantaire Nirav Modi, can be extradited to India to face trial.

They said the agency has underlined the principle of reciprocity where fugitives can be exchanged between two countries as and when required, principle of dual criminality which states that the alleged charge on the fugitive should be an offence in both the countries, and the United Nations Convention against Corruption to which both Antigua and India are signatories.

The UN Convention urges its signatory nations to cooperate in the matters pertaining to corruption, they said.

The CBI move comes amidst media reports that Indian agencies told the the Caribbean nation that there was no adverse information against Choksi when it did a background check on the fugitive billionaire before granting him citizenship in 2017.

According to a statement of Citizenship by Investment Unit of Antigua and Barbuda, published in Antiguan newspaper The Daily Observer on Friday, Antigua has claimed that Indian agencies had not shared any "derogatory information" about Choksi during its background checks.

Choksi's application for citizenship in Antigua in May 2017 was accompanied with clearance from the local police as required by norms, the newspaper reported.

Choksi was granted citizenship in November, 2017 after a detailed "background check" and "due diligence", The Daily Observer had said in an earlier report.

After getting Antiguan passport, Choksi had fled India on 4 January this year and took oath of allegiance in Antigua on 15 January 2018.

On 16 January, this year, the $2 billion scam was detected by Brady House branch of Punjab National Bank, making it the biggest banking scam in the country.