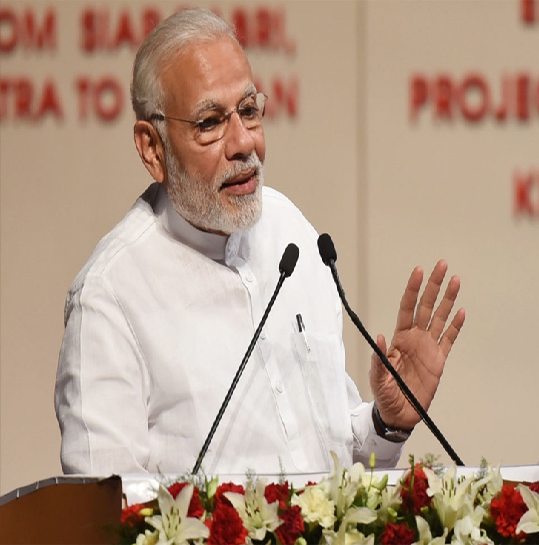 Modi, at the `Pradhan Mantri Jansanwad programme` at Amrudoon ka Bagh here, will have one-on-one meetings with beneficiaries of the Ujjwal Yojana, the Pradhan Mantri Sanwad Yojana, the Mudra Yojana and the National Child Health Programme which are being run by the Central government and have benefitted 95,66,000 people in Rajasthan.

Modi will also talk on Abhinav Yojana Mukhya Mantri Jal Sawavlamban abhiyan launched by state government. Under this scheme, 3,50,000 water conservation resources will be constructed in state in three phases to collect water and more than 88 lakh saplings will be planted near them.

According to information, around 4.5 crore people of Rajasthan have benefitted from around 160 government schemes.

Responding to the allegations made by Congress against the ruling BJP for misutilising funds for the Prime Minister`s visit on Saturday, Bharatiya Janata Party Vice President and Rajasthan in-charge Avinash Rai Khanna said that the opposition party has insulted poor and downtrodden who have been invited here to meet Modi.

Slamming the Congress for its negative approach, he said it would have been better had it too joined hands in welcoming the Prime Minister in Jaipur.

Early in the morning, Khanna, accompanied by state Minister Yunus Khan, state BJP General Secretary Bhajanlal Sharma and many others, inspected the venue for Modi`s programme and expressed satisfaction at the arrangements being made to welcome Modi.

Referring to the cleanliness campaign, Deepotsav, painting on walls and human chains being formed, he said that the `Pink City` is all set to display its age-old tradition of welcoming guests in a unique way.

State BJP president Madanlal Saini charged the Congress with misutilising funds in the name of developing poor and downtrodden for years.