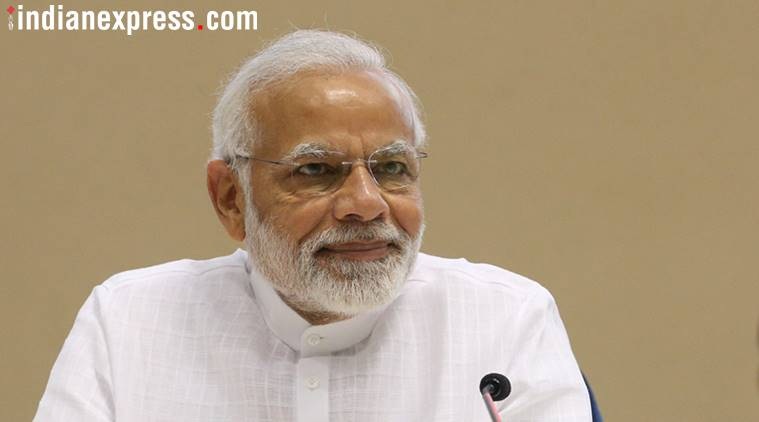 SIGNALLING an outreach to Pakistan, Prime Minister Narendra Modi has written to newly elected Pakistan Prime Minister Imran Khan and has expressed a commitment to build “good neighbourly relations” and pursue “meaningful and constructive engagement” for the benefit of the region, sources said on Monday.

This was part of Modi’s letter to Khan, which was written on August 18, the day he was sworn in as the new Prime Minister.

In the letter, Modi has also underlined the need to make the Indian subcontinent “free of terror and violence” — which also outlines the NDA government’s core concern on terrorism.

However, the outreach is significant, since Khan had — in his victory speech — said that if India takes one step, Pakistan will take two steps.

Sources said Modi, in the letter, “expressed the belief that the smooth transition of Government in Pakistan would strengthen and cement people’s belief in democracy”.

This is also a message of support to Khan’s electoral victory, which has been questioned by Opposition parties in Pakistan who have called the elections “rigged” and “unfair”.

In the letter, sources said, the Prime Minister “recalled their telephone conversation, in which they spoke of their shared vision to bring peace, security and prosperity in the Indian subcontinent, in order to make it free of terror and violence, and to focus on development”.

A reference to Modi’s letter was made by newly elected Foreign Minister of Pakistan Shah Mahmood Qureshi on Monday when he told Pakistan’s media that Modi had sent a letter with a message about starting on the path of dialogue.

Pakistan’s foreign ministry spokesperson later clarified that Qureshi had not said that “the Indian Prime Minister had made an offer of a dialogue”, but “…had mentioned something similar to what the Foreign Minister elucidated earlier, that is, that the way forward was only through constructive engagement”.

“The Foreign Minister was also briefed about the same positivity and constructive environment prevailing during the meeting of the former Minister of Law and Information with the Indian External Affairs Minister during his visit to India on 18 August 2018 to attend the funeral of Mr Atal Bihari Vajpayee,” the Pak Foreign Ministry spokesperson said.

“Pakistan looks forward to a mutually beneficial, uninterrupted dialogue with India to resolve all issues. Any attempts to instigate controversy and vitiate the environment are counter-productive and against the spirit of responsible journalism,” the spokesperson said, in a statement released by Pakistan High Commission in Delhi.

In Islamabad, while stressing that Pakistan wants to resolve all issues with India through talks, Qureshi said, “We need a continued uninterrupted dialogue. It is the only wise course for us.”

Qureshi, who is also vice-president of the Pakistan Tehreek-e-Insaf, said External Affairs Minister Sushma Swaraj has also sent a letter on Sunday to congratulate Prime Minister Imran Khan and mentioned about talks to resolve issues. “I welcome her letter,” he said, and added that “I want to say to Indian Foreign Minister that we are not only neighbours but also nuclear powers. We have old issues and we both know what these issues are. We need to address these issues”.

Qureshi said: “We cannot afford any adventurism as response time is so short. The only option is to engage with each other. We cannot live in enmity and we have to accept that there are outstanding issues.” He added: “Whether we wish or not, Kashmir is an issue and both countries have recognised it. In my opinion there is no option other than talks to resolve it.”

The letter from Modi to Khan comes about three weeks after he had congratulated him for emerging as the largest political party in the National Assembly of Pakistan in the recently conducted general elections.

“Prime Minister expressed hope that democracy will take deeper roots in Pakistan…and had also reiterated his vision of peace and development in the entire neighbourhood”, an official statement by the Ministry of External Affairs had said.

After the telephone conversation between the two leaders, Indian High Commissioner to Pakistan Ajay Bisaria had met Khan on August 10 and had gifted a cricket bat autographed by the Indian cricket team. They had discussed a range of issues, according to Bisaria. According to Khan’s party colleagues, the PM-elect had raised the issue of human rights violations in Kashmir.