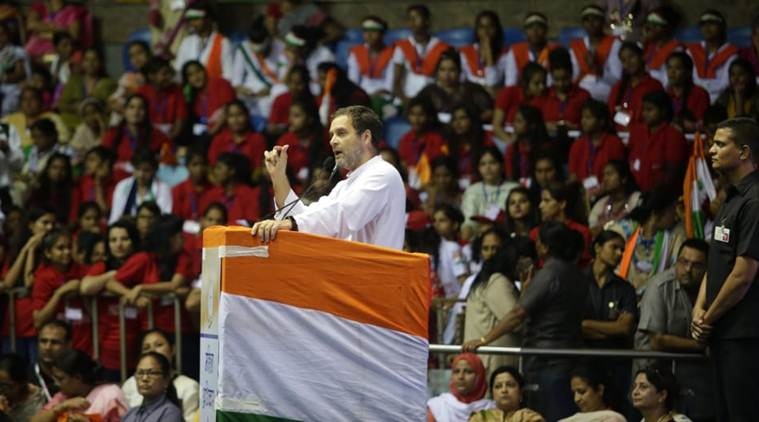 Congress president Rahul Gandhi on Tuesday launched a scathing attack on Prime Minister Narendra Modi for maintaining silence over recent incidents of sexual abuse and rape of minor girls in Bihar and Uttar Pradesh shelter homes. He also called the RSS a “male chauvinistic organisation” and said it believed that “women cannot run this country”.

“Rapes are reported in UP… the PM doesn’t utter a word. In Jharkhand… and in other states…..women are raped…The Prime Minister speaks on all things, he talks about bullet train, aeroplanes, (and) toilets, but remains silent on incidents of rapes and atrocities against women. In Bihar, small girls are raped..and our Prime Minister cannot say a word. In fact, (they) protect their party’s leaders,” Rahul said.

Taking a swipe at the government’s “Beti Bachao, Beti Padhao” campaign, he said that it was actually for “saving the daughters from BJP MLAs”, an apparent reference to some BJP leaders accused in rape cases. He also took a dig at the BJP for allocating “a mere Rs 40 lakh per district to save daughters…It is a shame”.

Addressing an event organised by the Mahila Congress, the women’s wing of the party, Rahul said the Congress had offered the government full support to pass the Women’s Reservation Bill in Lok Sabha, but said the “government has done nothing”.