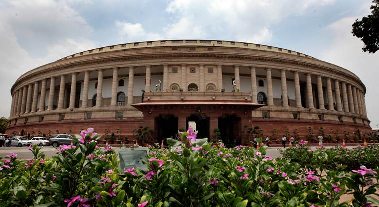 Parliament Monsoon Session 2018: A showdown between the Opposition and the NDA is likely with the government planning to introduce the Right to Information (Amendment) Bill 2018 in Rajya Sabha on Tuesday. The government has proposed changes to three sections of the RTI Act, which are related to ranks, salaries, allowances and tenure of the Chief Information Commissioners and Information Commissioners of the Centre and states. Challenging the changes, the Opposition said it is committed to fighting any “attempt” by the Centre to “dilute” the Act and resist any amendments to it.

On Day 1 of the session, Lok Sabha Speaker Sumitra Mahajan accepted Telugu Desam Party’s no-confidence motion against the Modi government. The motion that is to be taken up on Friday has ended the impasse that had washed out the Budget session. Proceedings in Rajya Sabha were largely smooth after Chairman M Venkaiah Naidu agreed to take up the TDP members’ demand of a debate on the grant of special package for Andhra Pradesh, sometime next week.

In a major development, Lok Sabha Speaker Sumitra Mahajan admitted an Opposition-sponsored no-confidence motion against the BJP-led government in Lok Sabha on Wednesday. Earlier in the day, Prime Minister Narendra Modi remained hopeful of a peaceful Session and asserted that his government was ready for debate on any issue raised by political parties. "Any party wants to raise any issue, this government is ready for a discussion," he told reporters just before the beginning of the session. The prime minister expressed the hope that Parliament's functioning will be an inspiration for state assemblies in the country.