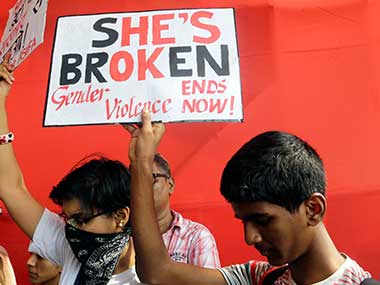 The Jammu and Kashmir government has terminated the services of four police officials who are accused in the rape and murder case of an 8-year-old girl in Kathua district of the state.

"Yes, the services of all four police officials involved in the Kathua rape and murder case have been terminated with immediate effect from the date of the order,” Senior Superintendent of Police, Kathua, Shridhar Patil said. SD Singh Jamwal, Inspector General of Police, Jammu, also confirmed the development.

However, the police have refused to comment on when this order was sent and by whom. Until now, the four cops, which includes special police officer (SPO) Deepak Khajuria, were believed to be under suspension, as is the rule when an FIR is filed against any serving policeman.

The three other police officials accused in the case are sub-inspector Anand Dutta, head constable Tilak Raj and another SPO Surinder Kumar. It is alleged that they destroyed evidence to shield the rape accused. Apart from the four police officials, four other accused in the case were Sanji Ram, a retired revenue official, his son Vishal Jangotra, his nephew Shubam Khajuria and a local resident Parvesh Kumar.

Sharma fears that the decision to terminate the services of these police officials must have been taken "under political pressure".Claiming that the decision of the termination of the four police officials is a violation of Supreme Court directions, advocate Ankur Sharma who has been demanding a CBI probe into the case said, "When the Supreme Court gave directions to shift the case from Jammu and Kashmir to Pathankot, the honourable judges maintained that all the accused should be treated innocent unless proven guilty. Now their termination is a clear violation of the directions given by the Supreme Court."

On the other hand, Deepika Singh Rajawat who represents the victim’s family in court, said, "It's a welcome step and the state has gone by service rules. All the officers were undertrials and they have no right to be on duty.”

The rape and murder of an eight-year-old girl in Rassana village hogged national and international headlines when the crime branch of Jammu and Kashmir Police filed its first chargesheet in the court which was initially obstructed by lawyers in Kathua. The chargesheet brought forth gory details of what happened to the poor girl belonging to the nomad Gujjar and Bakarwal community.

Eight accused, including a juvenile and four police officials, were arrested by the Crime Branch for "hatching a conspiracy" to scare the community to leave the area after the incident.

Soon after the case hit the headlines, it brought the only Muslim-majority state in the country on the brink of polarisation. Many people from the Hindu-majority Jammu region came forward in support of the accused, stating that the investigation conducted by the Crime Branch was biased and accused them of framing Hindus to defame the community and change the demography of Rassana village, situated adjacent to the international border. Several people in Kashmir, on the other hand, rallied behind the Crime Branch, demanding strict action against the accused.

Locals of Kathua formed the Hindu Ekta Manch which held several rallies, holding the tricolour, demanding the release of all the accused including a former senior official of the revenue department, Sanjhi Ram, who as per the police, is the main conspirator in the case.

A video also surfaced in which two former ministers of the Mehbooba Mufti-led government — Chaudhary Lal Singh and Chander Parkash Ganga — were seen addressing rallies organised by the Hindu Ekta Manch demanding the release of the accused, a charge denied by the two leaders who maintained that they were extending their support for holding a CBI inquiry into the incident.

"Our demand has always been that a thorough probe in the case is only possible if the case is handed over to CBI. The team of Crime Branch which investigated the case had some tainted officers in it,” Chaudhary Lal Singh had said.

However, there was a massive uproar across the country against the two BJP leaders, following which they were forced to resign from their ministerial berths. Holding that the case would not get a clear trial in Jammu and Kashmir, lawyers of the victim's family moved a petition to the Supreme Court demanding shifting of the case outside the state. The case was later shifted to Pathankot where it is being heard on a fast-track basis.