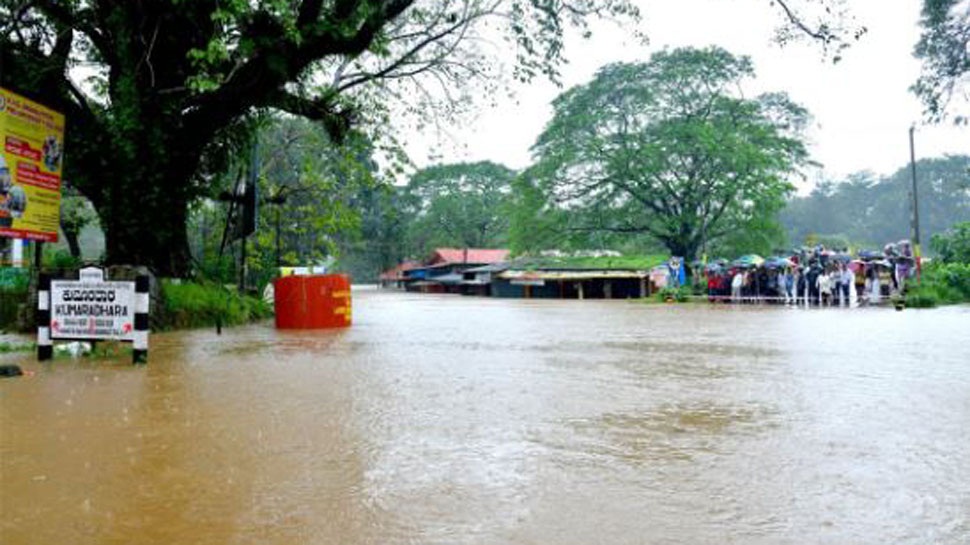 Torrential rains lased Karnataka's coastal and south interior districts, disrupting normal life and forcing the suspension of train and bus services. The Karnataka State Road Transport Corporation (KSRTC) bus services were stopped on Thursday from Chamarajanagar district for Tamil Nadu's Ooty and Kerala's Kochi due to heavy rains. The KSRTC bus services for Kannur and Kasaragod in Kerala and Mangalore in Karnataka were also suspended.

The Cauvery River is flowing above the danger mark in Kodagu district's Madikeri town, as reported by news agency ANI.

"Due to the southwest monsoon being rigorous over the coastal and south interior districts, exceptionally heavy to very heavy rainfall was received in the region," the Bengaluru division of the India Meteorological Department (IMD) said in its weather advisory.

According to the Karnataka State Natural Disaster Monitoring Centre (KSNDMC), the coastal district of Udupi received the maximum rainfall over the past 24 hours recording rains as high as 35.7 cm.

Districts in the northern part of the state have also received light to moderate rainfall.

Due to the heavy rains, landslides were reported since Monday in several parts of the state, particularly on the Bengaluru-Mangaluru route, leading to several state-run buses and trains suspending their services from Tuesday night.

Landslides were reported in Sakleshpur sub-district in the Western Ghats mountains in Hassan district, obstructing vehicular movement from Bengaluru to Mangaluru.

"All premium bus services from Bengaluru towards Mangaluru, Dharmasthala (in Dakshina Kannada district) and Kundapura (in Udupi district) have been cancelled due to landslides," the state-run Karnataka State Road Transport Corporation (KSRTC) had said in a statement.

Trains including Karwar-Yeshwanthpur Express, Yeshwanthpur-Mangalore Junction Express, were partially cancelled and few other trains diverted, the South Western Railway said in a statement.

The state capital, which has been receiving only light to moderate rains, remained cloudy on Wednesday morning as the Chief Minister delivered his Independence Day address from the Field Marshal Manekshaw Parade Grounds in the city centre.

Heavy rains are likely to continue for the next two days.