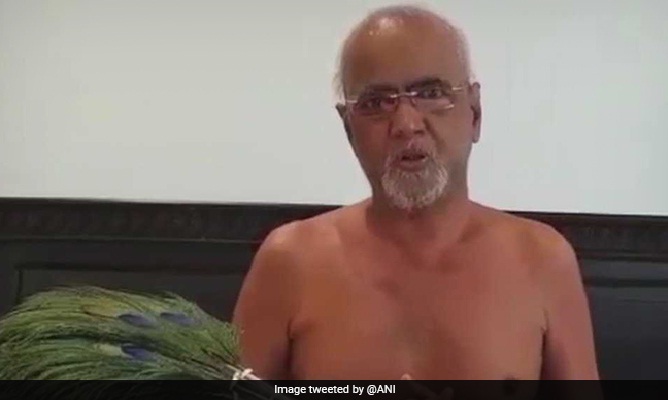 Jain monk Tarun Sagar died this morning in Delhi. He was 51. Tarun Sagar died around 3 am at Radhapuri Jain temple situated in Krishna Nagar area of east Delhi, reports said.
Tarun Sagar had a massive following in the Jain community. According to reports, he was admitted to a private hospital a few days ago after he was diagnosed with jaundice.

Prime Minister Narendra Modi said Tarun Sagar will be "remembered for his rich ideals and contribution to society". "Deeply pained by the untimely demise of Muni Tarun Sagar Ji Maharaj. We will always remember him for his rich ideals, compassion and contribution to society. His noble teachings will continue inspiring people. My thoughts are with the Jain community and his countless disciples," PM Modi tweeted.

After a barrage of criticism and a court case, Mr Dadlani had tendered an apology to the Jain monk on Twitter.