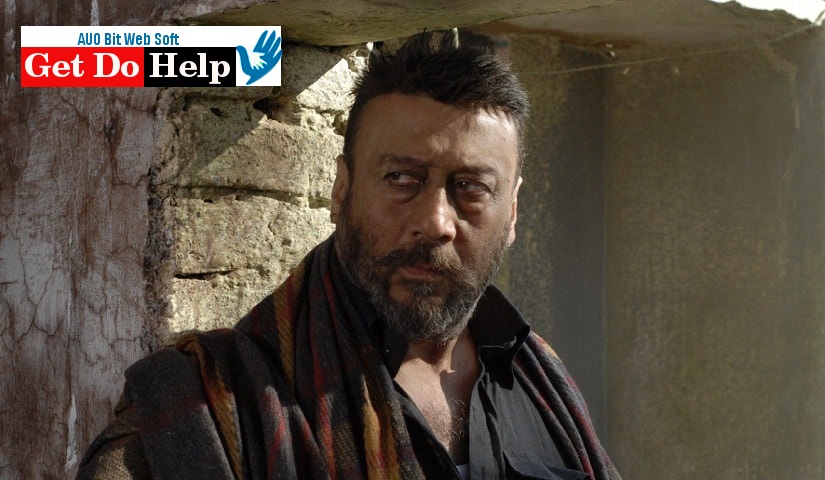 Jackie Shroff doesn’t believe in chasing stardom. But looking at the number of projects he has in his kitty, it can be said that stardom is chasing him instead. With a line-up of films like Salman Khan’s Bharat, Hindi remake of Telugu cult classic, Prasthanam (with Sanjay Dutt and Manisha Koirala), Prabhas’s Saaho, Vijay's Thalapathy 63, his latest film and web series, RAW and Criminal Justice respectively, there doesn’t seem to be a single dull moment for the Bollywood veteran.

Relishing bun maska at a Mumbai hotel, he greets me with an enthusiastic fist bump.

Shroff often gets into a philosophical mode and draws analogies when asked about stardom. He attributes it to his learnings in life. When coaxed further, he says, “Enjoy the stardom, the work and let your craft be appreciated by people but don’t take stardom to your head. I haven’t and maybe that’s why I am still here.”

He continues, “Directors see a lot of different people in me. On the one hand they see Sai Baba and on the other, an antagonist from Mission Kashmir (2000). They even see Wg Cdr Andy Bajwa from Border (1997), and in RAW, they saw me suitable to play Kao (Shroff's seen playing the role of R N Kao, the founding father of the Indian intelligence agency in RAW). When they come to me, I see who the director is, which is the production house and how meaty is my role, and the one in RAW is the meatiest of all. It’s a great feeling to play the father of Intelligence in India. I asked Robbie (Grewal, director) why he chose me and he told me he liked my screen presence. I hope I have done justice to the role. I have done what was written for me. There is very little information available about Kao. If there is a flaw in my portrayal, I would like to say ‘sorry’ to Mr Kao’s family but I have tried my best,” says Shroff.

“It was my director and his passion to show two unsung heroes (in RAW). We have so many of them in our country and people today need to know about their stories. I have also played a soldier and cop in films. I used to have a uniform of a policeman at home as I had two films at one point of time. I would just change the badges and wear the same uniform again," reveals the actor. “Every director, writer has their own dream. Every film has a different story. I don’t go thinking about it. I don’t want to wear a mask and go. I want my directors to mask me, paint my face; I go as a blank canvas,” says Shroff about his acting process.

Further, talking about prepping up for the role, Shroff said, “I kept my sincerity, my balance. My director held me like a trainer. I am a wild horse, you let me loose and I go mad. I need to be controlled." And how was it working with John? “He is such a fine actor. There are many unspoken silences with him, his eyes do the talking. He is a handsome boy, he doesn’t have to pretend to be handsome,” says the senior actor.

Shroff has acted in over 250 films in his career spanning over three decades. Does he think he has received enough? “Oh yes! And more and more keeps coming. I got so much in life and work is still flowing. After coming out of the chawls of Teen Batti, I bagged Swami Dada in which I was Shakti Kapoor’s chamcha. I would be standing behind him, and suddenly one day, I became a hero and I gave him a punch in the next film (laughs). Then, a few films later, I was standing in the same frame as Dilip Kumar (Karma). I was in awe and I kept working. I got lot of love. Even now when I go to airport, people don’t leave me and I too enjoy that. These people have only made me,” he says.

The other reason for more and more projects coming to Shroff is perhaps his willingness to do everything, even take up roles that some of his contemporaries refuse or shy away from. “I did Devdas which had Shah Rukh Khan playing the titular role. Similarly, I did Khalnayak which was Sanjay Dutt’s film. Other actors are not willing to take up these roles and when nobody is ready to do them, I do them. All the parts, every phase is lovely. It is like an adrenaline rush. One should understand where you come from, who you are, who you were...what you have got is enough, so it doesn’t make any difference to me if I play these parts,” says Shroff.

In the last few years, he has been experimenting and reinventing himself by going beyond Bollywood. He has been picking up films in South Indian cinema and other languages as well. He has done films in as many as 11 languages. Vijay’s Thalapathy 63, a sports film, will be Shroff’s third outing in Tamil, his previous films being Aaranya Kandam with director Thiagaraja Kumararaja, and Maayavan. Jackie played an ageing don with erectile dysfunction in Aaranya Kandam, a neo noir cult film. “I enjoy working in different languages because emotions remain the same. Only language and culture is different. I am always cool, I don’t stress. I have no issue working with anyone in life. I just blend,” says Shroff.

Shroff in also a part of Criminal Justice, an adaptation of the 2008 British series of the same name. "The script brought out a host of emotions in me. It is mysterious and thrilling and thus, keeps you hooked," he excitedly.

Bring up Tiger into the conversation, the young actor who has made space for himself so early on in his career, and the star-father says, “God has been so kind.” Quashing rumours about father-son sharing screen space in upcoming, Karan Johar's Student Of TheYear 2, and senior Shroff says, “Whenever a film offer (with Tiger) comes to me I will do.”

A lot has changed in Bollywood since Shroff tasted  box office success with Subhash Ghai's Hero in 1983, but is there anything that has stood the test of time? "Yes..emotions, passion, love, tears, hunger, thirst..aall of that remains the same," signs off Shroff showing his philosophical side yet again.

About Get Do Help Portal and Help Request

Help us to explore more and improve our Get Do Help Portal specially for social works by give us small amount of money. You can pay us as much as you can through InstaMojo or Paypal. InstaMojo : https://www.instamojo.com/@rsseosolution/ you can pay by debit card, credit card, net banking and many more ways. PayPal :  https://paypal.me/rsseosolution International payment gateway with multiple currencies facility. All payment will be in favor of "Harendra Kumar Choudhary" or "RS Seo Solution" because currently we are managing get do help portal and we are planning to register NGO with name of Get Do Help. So please help us to do it ASAP. We are not forcing for help us by money only its completely depend on you that how can you help, we just requesting to help us. Thanks.

Humble Request : If you want to help needy people worldwide then you can choose below ways to help them.

So share your hand with us. And do some social work to help needy people worldwide from one and only one portal Get Do Help.

Suraj Anjaana 0 697 26 October 5 Arts & Entertainment-Movie Theatre
You Can Share It :