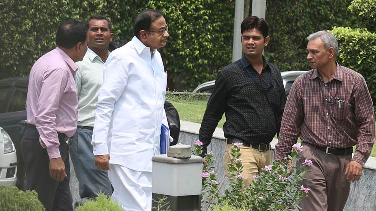 The matter was mentioned before Justice A K Pathak, who asked the Enforcement Directorate (ED) to file a reply within four weeks.

The Delhi High Court on Wednesday extended till September 28 the interim protection from arrest granted to senior Congress leader P Chidambaram on his pleas seeking anticipatory bail in the INX Media case. The matter was mentioned before Justice A K Pathak, who asked the Enforcement Directorate (ED) to file a reply within four weeks.

During the hearing, the CBI told the court that it has already filed its reply in the case. Senior advocates Dayan Krishnan, Pramod Kumar Dubey, Ramesh Gupta and Mohit Mathur appeared for Chidambaram. The matter will be heard on September 28.

The court had on May 31 granted interim protection from arrest to the former Union minister and had directed the ED not to take any coercive step against him in the INX Media money laundering case till August 1. The High Court had also extended the interim protection against arrest granted to Chidambaram in the CBI case.

The senior Congress leader’s role has come under the scanner of the investigating agencies in the Rs 3,500-crore Aircel-Maxis deal and the Rs 305-crore INX Media case. It was during his tenure as finance minister in the UPA-1 government that clearances from the Foreign Investment Promotion Board (FIPB) were given to the two ventures, in which alleged irregularities have been found.

In the INX Media case, the CBI had registered an FIR on May 15 last year, alleging irregularities in the FIPB clearance to the media group for receiving overseas funds to the tune of Rs 305 crore in 2007. Thereafter, the ED had lodged a money laundering case in this regard.