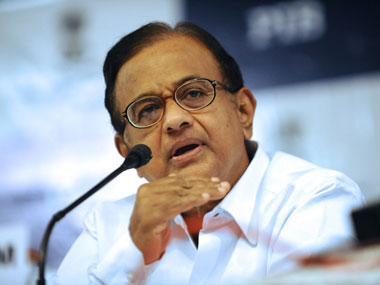 The Delhi High Court has extended interim protection to senior Congress leader P Chidambaram till 1 August. The extension was granted as the Central Bureau of Investigation (CBI) sought more time to file a response on Chidambaram's anticipatory bail plea, reported ANI. The CBI had a month to file the response. But it failed to do so.

Justice A K Pathak, who had earlier granted the interim protection till 3 July, extended the relief to Chidambaram by about a month.

The High Court had on 31 May asked the senior Congress leader to cooperate in the investigation as and when called by the CBI.

The moment the hearing began, the CBI, which was supposed to file the response, said it needed more time to do so.

The CBI, had on the last date of hearing, opposed the anticipatory bail plea saying Chidambaram should have first approached the trial court for relief, instead of the high court.

In Chidambaram's anticipatory bail plea, it was contended that the former minister was being harassed in the case, in which he was not named.

Chidambaram had on 30 May rushed to a trial court for protection from arrest in the Aircel-Maxis case of the Enforcement Directorate before approaching the High Court in connection with the INX Media case.

The senior Congress leader's role has come under the scanner of investigating agencies in the Aircel-Maxis deal of Rs 3,500 crore and INX Media case involving Rs 305 crore.

It was during his tenure as finance minister in the UPA-1 regime that FIPB clearance was granted to the two ventures in which alleged irregularities have been found.

In the INX Media case, the CBI had registered an FIR on 15 May last year against alleged irregularities in the FIPB clearance to INX Media for receiving overseas funds to the tune of Rs 305 crore in 2007 when Chidambaram was finance minister.

Chidambaram's son Karti Chidambaram was also arrested in the matter on 28 February for allegedly receiving funds to the tune of Rs 10 lakh in the case. He was granted bail on 23 March.

The other accused in the case include then INX Media Director Indrani Mukerjea and then INX News Director Peter Mukerjea.

Senior Congress leader Abhishek Singhvi, who represents Chidambaram, said that the CBI had not filed a reply. "You should ask the CBI why it has not filed a response yet," he said to reporters.

pooja chauhan 0 163 18 January 4.1 Business Services-Business News
You Can Share It :