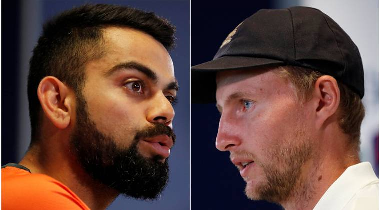 India vs England 1st Test Live Streaming, Ind vs Eng Live Cricket Score: India’s first Test against England starts on Wednesday, August 1. It kick-starts a five-match Test series that will go on until the second week of September. It is the first Test tour of England that India have embarked on since 2014 and the first time that they will play England with Virat Kohli at the helm. In 2014, India were led by MS Dhoni and lost the series 3-1.

India’s tour of England started on July 3 with a three-match T20I series. India won that series 2-1 but England came roaring back in the ODI series and won it by the same margin. England’s Test team are coming into this series after a tough run of matches in which they lost the Ashes to Australia, were beaten by New Zealand and their home series against Pakistan ended in a draw. India, on the other hand, have been the no.1 Test side in the world since late 2016 and have lost just one series – away from home against South Africa – in this period.