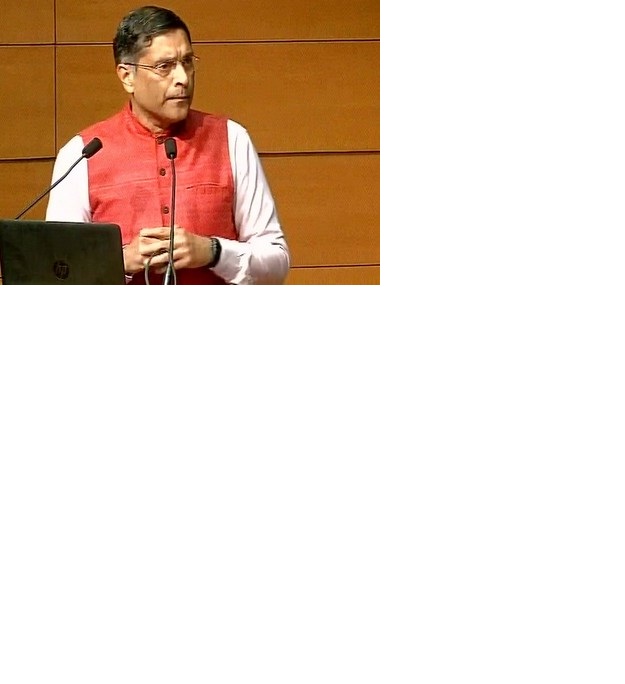 He said  GST is a "work in progress" and there is a need for further simplification of rates with fewer exemptions and simpler policies.

"In India, we can never have one rate. I had recommended a standard rate and one for demerit good, one for a low rate. I think, in India, the debate should be about 'why can't we have three', rather than 'why not one'," Subramanian said at an NCAER event here.

Under the GST regime, there are four rates -- 5 percent, 12 percent, 18 percent and 28 percent. Luxury and demerit goods are subject to cess on top of the highest slab.

Subramanian said since GST is a regressive tax, it won't be "fair" to have a single rate structure unless there are instruments to protect the poor who get hurt by rising costs.

"...I think over time we will see simplification. For example, once the revenue stabilises, 28 percent can (be rationalised).... but the broader point I want to make is that why can't we have three (tax slabs). That's what we should ask for," said Subramanian.
Union Minister Arun Jaitley too had dismissed the idea of a single rate GST as "flawed" saying that it can only work in a country where the entire population has 'similar and high' capacity to spend.

"My own view is the more you rely on a carrot, and less you rely on sticks, you facilitate formalisation of the economy. That's what I like about GST. It is not heavy-handed. Its a kind of self-policing," he said.

GST, which subsumed over a dozen local taxes, was rolled out on 1 July 2017.

The CEA headed panel had in its report way back in 2015 had recommended a range for revenue-neutral rate (RNR) of 15-15.5 percent for the proposed GST, with a preference for the lower one.

It also suggested a range of standard' tax rate of 17-18 percent for the bulk of goods and services, while recommending 12 percent for low rate goods' and 40 percent for demerit goods like the luxury car, aerated beverages, pan masala, and tobacco. For precious metal, it recommended a range of 2-6 percent.

Besides, Subramanian also said that India needs an independent fiscal council which brings out independent views on how government does accounting for public finances.

"One of the things we all were unanimously in favour of was a fiscal council. I think we need to get more independent people doing this (government accounting) with better access to data...People should have trust that everything is properly accounted for, he said.