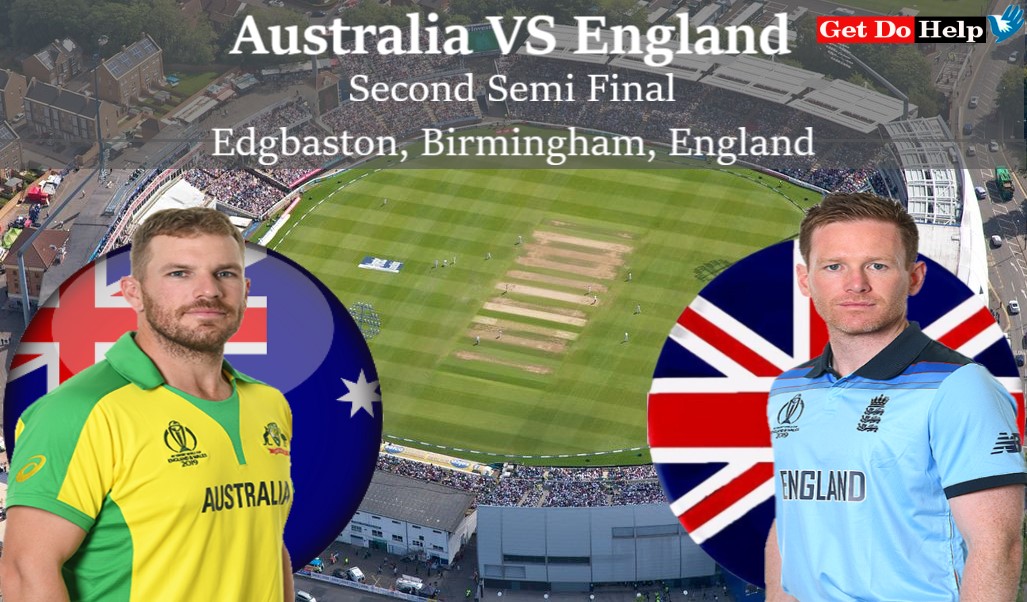 Cricket match between : Australia vs England

Match Prediction : England expected to win this match...... To know more about our prediction and tips read below details

Birmingham weather is clear today. No chances of rain and the sun will be out throughout game time. Cloud will be there but not threatening by any means. The temperature will be in between the 17 and 21 degrees Celsius. The humidity will be in the 60s at the start and will gradually come down to the 40s by the close of play.

The pitch is unpredictable as it is helping both batsman as well as bowlers. It could be high scoring match as pitch looks very flat now. Toss winning team will choose to bat first so that they can make maximum runs.

The arch-rivals meet in yet another huge game of the tournament. In the group stage, Australia had defeated the hosts at Lord’s. But the conditions will be pretty different at Edgbaston. Australia lost the last game against South Africa which meant they slipped to No.2 as India overtook. David Warner and Steven Smith are in a good form. Aaron Finch also looks smashing. Mitchell Starc and Pat Cummins have been doing the bulk of the damage with the ball. Australian team looks very pretty and very confident in this match.

England loves playing on surfaces that are batting-friendly and this venue is likely to provide that. England has a deep batting line-up however the defending champions also won’t mind playing on such a strip as their batsmen are also in good form. The hosts are in dire need of winning this game.

Jason Roy, Jonny Bairstow, Jow Root, Ben Stokes and Eoin Morgan are firing on pitch. In the bowling department, Jofra Archer and Mark Wood have been England’s standout performers. Liam Plunkett came back into the eleven, picking up three wickets. Chris Woakes has done reasonably as well. There are concerns over the form of Adil Rashid, who hasn’t been effective at all in the mega event.