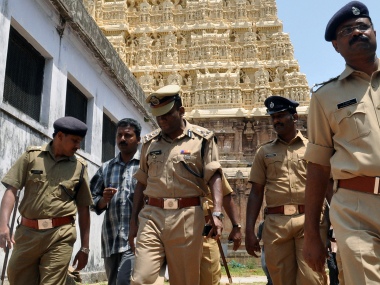 Honour killings had been unheard of in Kerala. But the deaths of a 22-year-old girl and a 23-year-old man in a little over two months show 'shame killings' that Keralites believed was mostly a north Indian phenomenon are making their way to the state. The first incident on 22 March shocked Keralites because the accused in the murder of Athira was her father. Rajan, 42, allegedly stabbed his daughter to death since Athira chose a youth outside the family's caste as her life partner. While the girl was from a Thiyya family, her lover Brijesh belonged to a Scheduled Caste (SC).

In the case of 20-year-old Neenu Chacko, from Thenmala in Kollam district, the Dalit background of the youth Kevin P Joseph, whom she married, and the family's lower economic status came in the way of her love and marriage. Eight days after the duo registered their marriage against the wishes of the girl's family, Neenu’s brother and his friends stormed Kevin's house at Mannanam in Kottayam in the wee hours of a Sunday morning and took the youth away along with a relative. Kevin’s body was found in a stream near Thenmala in the morning on Monday, while his relative Aneesh was abandoned on the way with injuries.

The incident triggered massive protests against the police as the protesters believed that the cops were unwitting partners in the crime. State Mahila Congress president Lathika Subhash termed Kevin a victim of police negligence. "As soon as Kevin was kidnapped from his house, his father and his wife had lodged man missing persons complaints with the Gandhinagar Police in Kottayam. They were turned away by the police saying that they were busy with Chief Minister Pinarayi Vijayan’s visit to the district. If the police had acted in time, Kevin's life could have been saved," Lathika added.

Opposition leader Ramesh Chennithala of the Congress alleged that the police had helped the family as it had the support of the ruling Communist Party of India (Marxist). The party rendered the police inactive when it came to stopping the abduction of Kevin and his relative, he added. "While the Edamon unit of the Democratic Federation of India (DYFI) provided support to Neenu’s family to abduct Kevin and murder him, the Kottayam unit of the CPM tied the hands of the police to give the abductors a free hand," the senior Congress leader said.She pointed out that Neenu had shared the identity of the abductors to the police, but they ignored them. They woke from their slumber only after television channels took up the issue, but by then Kevin was already dead. She said that the police had also helped Neenu’s family by forcing her to go with her parents even after she expressed her decision to go with her husband at a compromise meeting held at the police station a week ago. She was released from their custody after the locals intervened.

With the voting for the Assembly by-election at Chengannur having taken place on Monday, the CPM-led government swung into action swiftly and suspended the Gandhinagar sub-inspector and assistant sub-inspector and transferred the Kottayam district superintendent of police for alleged dereliction of duty. The DYFI, that initially claimed to have played no role in the incident, also announced expulsion of its Edamon unit secretary Niyas, who drove the vehicle used for abducting Kevin as well as another local activist Ishan, who provided logistical support to the gang. Both have been taken into custody by the police.

The actions have not quelled the protests. While workers of the United Democratic Front (UDF) led by senior leaders like Oommen Chandy, Ramesh Chennithala and KM Mani squatted in front of the police station demanding a high-level probe by an officer of the rank of inspector-general, BJP’s Yuva Morcha workers took out a march to the station demanding a judicial probe into the death.

The venue of the protests was shifted to the medical college hospital when the Kevin's body was brought in for a postmortem. Congress workers and Dalit activists thronged the medical college demanding the conduct of the autopsy under a revenue divisional officer. The UDF and the BJP have sought to keep the heat on by calling a hartal in the district on Tueday.

This is not an isolated case. There have been series of cases where the police has proved a dismal failure in protecting lives and property of the people ever since the LDF government came to power. Action was taken against more than two dozen police officials, including an inspector-general, in similar cases. Yet, the cops have not learnt their lesson.

Women's activists said women were the biggest sufferers under the present dispensation. Devika, associate professor at the Centre for Development Studies, Thiruvananthapuram said that crimes against the women have been on the rise for the past few years. "The police has been lax in dealing with crimes against women. A large number of women who married outside their family's faith are being denied justice by the state police by branding them as cases of love jihad. The love jihad cases being projected by the Sangh Parivar also fall in the honour violence category," Devika told Firstpost.

She said that honour violence was a culmination of the caste feelings gaining strong root in Kerala's society with the waning of the renaissance spirit. The demographic transition that the state has witnessed in the past few decades has aggravated the feelings, she added. "Parents in nuclear families are trying to use girls as tools of their prestige. They want to send the girls to families with higher social and economic status. The parents become intolerant when the girls slip away from their hold," Devika said.

She said that honour killings like the two reported in the past two months may be fewer in Kerala, but honour violence is as widespread here as in other parts of the country. These incidents don't come before the public eye as they are suppressed within the family.

Women's activist Advocate TB Mini said that the caste feeling that remained suppressed in the minds of the people had come to the surface after the BJP and RSS began spreading their wings in the state. The Hindutva ideology they sought to promote in the state had created a conducive atmosphere for the growth of caste feelings. "The CPM and its affiliates that acted as a bulwark against communalism in the past have compromised their ideology for the sake of power. The party has been following an appeasement policy to remain in power. The party has no consistent stand on issues now. It follows what suits it politically," Mini told Firstpost.

She fears that the communal harmony prevailing in Kerala will collapse if secular forces do not rise and check the slow and steady communalisation of society.