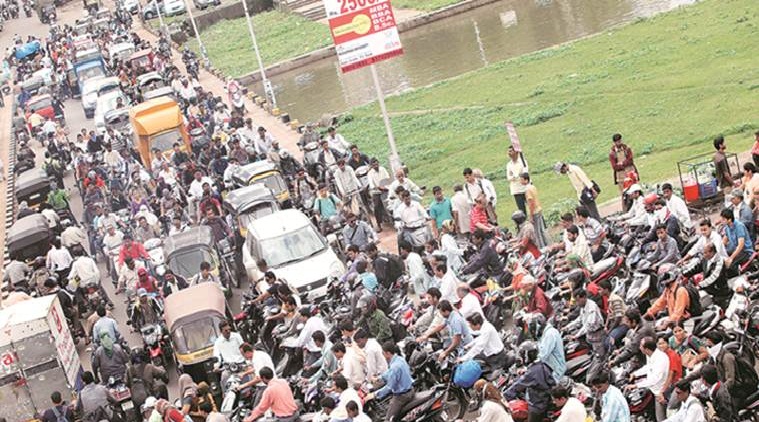 The Pune Municipal Corporation’s (PMC’s) efforts to reduce the emission of carbon may not have yielded much result, as a recent report tabled in the civic body’s general body states that urbanisation has led to an almost 29 per cent increase in the emission of carbon and other greenhouse gases in the last six years, raising serious environmental concerns.

In the Environment Status Report (ESR) tabled on Wednesday, the civic administration said the International Council for Local Environment Initiative (ICLEI) prepared a carbon inventory for the civic body in 2016-17, and found that greenhouse gas emission in the city was as high as 60,11,474 tonnes.

The earlier carbon inventory, done by The Energy and Resources Institute (TERI) in 2010-11, had calculated that greenhouse gas emission in the city was about 46,61,064.20 tonnes.

The ESR also revealed that a total energy of 2.47 crore gigajoules was consumed in the city in 2016-17. The electricity consumption in the city has increased for the residential sector, but has reduced in the commercial and industrial sector.

On a positive note, the use of renewable energy has increased in Pune due to the discount offered by the PMC in property tax for housing societies that take environment-friendly measures.

The city generates 2,100 tonnes of solid waste every day, of which 1,078 tonnes is processed, and there are plans to set up seven plants to process the remaining amount.

Noise pollution, however, remains a major area of concern, with residential and other localities recording sound levels higher than the normal range.

The city is facing a serious problem due to the increasing number of pigeons, stated the Environment Status Report. “There has been an increase in the number of local residents feeding the pigeons… it has increased the population of pigeons in the city, which find places to nest in the terrace of tall buildings and even in unused areas in densely crowded colonies,” it said.

The report warns that feeding or getting in contact with pigeons can cause health issues. Pigeon droppings can also cause a fungal infection in humans. PMC has urged local residents not to feed pigeons.