Election Commission of Pakistan releases Code of Conduct for voters, parties, and officers; offenders to be jailed for 3 years

Election Commission of Pakistan releases Code of Conduct for voters, parties, and officers; offenders to be jailed for 3 years 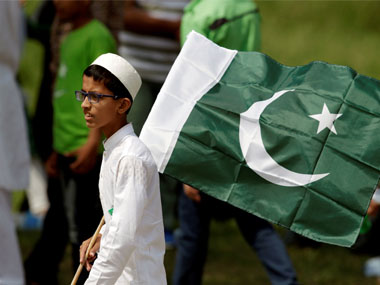 Islamabad: Asking voters whom they have voted for, or taking pictures of the ballot paper on the election day can land a person in jail for three years or invite a fine of Rs 1 lakh or more, or both, according to a notification issued by the Election Commission of Pakistan.

Among the forbidden acts are asking voters whom they've voted for and taking pictures of the ballot paper, the paper said.According to the notification, anyone found involved in acts forbidden by it will be treated as having violated the code of conduct and therefore will be prosecuted under the law, Dawn reported.

The offences include evicting a voter from the polling station; using force to coerce someone into casting or not casting a vote; inflicting harm or threatening someone with the anger or approval of a religious personality; abducting a voter, intimidating, duping or influencing him or her through illegal means; spoiling ballot paper or the official stamp and taking ballot papers from a polling station or inserting fake ballot papers in the ballot box, the paper said.

In addition, any direct or indirect attempt to influence a voter in connection with his or her decision to cast or to not cast a vote, either through giving a gift, making an offer or promise will be considered bribery, it said.

Other offences are providing a ballot paper to someone without permission; lifting ballot papers or boxes; breaking the seal on a ballot box; disturbing polling staffers; affecting the polling process; any attempt to cast a fake vote, or cast multiple votes; creating disruptions by showing or possessing firearms during polling process near a polling station and convincing a voter to vote for a particular candidate within 400 metres of a polling station, the paper said.

Pasting a notice, electoral sign or flag within 100 metre radius of a polling station, or within the special area allotted to election agents, can also yield punishment, according to the report.

A District Returning Officer or Sessions judge can sentence offenders to up to three years in jail, or Rs 100,000 in fines, or both, the notification said.