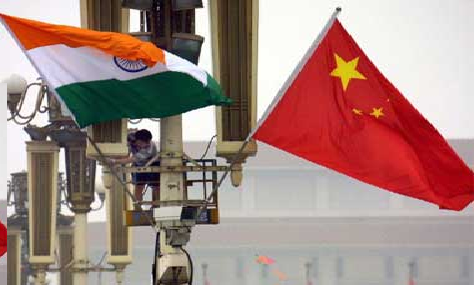 Since US president Donald Trump adopted the term 'Indo-Pacific', China has time and again expressed its disapproval and even issued demarches to countries participating in the quad. It has always been wary of the "free and open Indo-Pacific" strategy that Trump has been attempting to push. Beijing has also warned that US' efforts to contain China's rise would be viewed with scorn.

Nadia Schadlow, Deputy Assistant to the US President for National Security Strategy, said at the Raisina Dialogue 2018 that the document recognises the centrality of India-US partnership. "India is a pillar of our common vision for free and open Indo-Pacific." The NSS states that the US will support India’s growing relationships throughout the region.

It also suggested that it would be better for India "to look to China for ways of self-development". The piece warned that New Delhi would lose future opportunities to cooperate with Beijing and many other neighbouring countries if it continues to follow the US strategy.

While China has always been critical of the Indo-Pacific strategy and called it an "attention-grabbing idea" that will "dissipate like ocean foam", it has continuously called on India to look to China instead for development. In the op-ed published on 1 June in Global Times, it was suggested that Beijing can provide more support and knowledge to New Delhi than the US.

While China has echoed the same views before by calling out the US and terming Indo-Pacific a "trap" set by Washington, the tone seems to have hardened over recent months. Another op-ed published in Global Times in May this year said that there is little possibility of New Delhi falling into this trap. However, now Beijing expects New Delhi to "understand the situation" or lose opportunities to cooperate with China.

In recent months, Beijing seems to have realised that the "Indo-Pacific strategy has become more than a concept, and is gradually coming into operation." While Prime Minister Narendra Modi, during his visit to Singapore, called Indo-Pacific a "natural region" and assured that India does not consider itself as directed against any country, Global Times stated that China still needs to carefully watch New Delhi's diplomatic moves in the Indo-Pacific region.

At the Shangri-La Dialogue, Modi said that India does not see the Indo-Pacific as a strategy or as a club of limited members, nor as a grouping that seeks to dominate. Despite Modi's assurances that New Delhi's vision for Indo-Pacific is a positive one, the Global Times op-ed was wary of this "softer" stance by the prime minister. It questioned if India's current China policy and the adjustment of the Indo-Pacific strategy are not for "keeping a low profile and making some achievements?"

India's budding relationship with the US and its participation in the quad meet this year gives reasons for China to be suspicious of India's motives. Foreign ministry officials from India, Australia, Japan and the US met in Singapore and reaffirmed their support for a free, open, prosperous and inclusive Indo-Pacific region.

Modi also pointed out at the Shangri-La Dialogue that the Indian armed forces, especially the navy, are building partnerships in the Indo-Pacific region for peace and security, as well as humanitarian assistance and disaster relief.

With calls for India to take on a greater role in the Indo-Pacific, China's concerns have compounded. BJP's national general secretary Ram Madhav wants India to take a more proactive role in the region. At the Raisina Dialogue 2018, he said that India needs to re-orient its strategic thinking from a westward thinking nation to an eastward-looking nation. He added that New Delhi does not want to remain a "mere spectator."

The BJP general secretary also said that the global power axis has shifted to the Indo-Pacific region and while the diminishing power of western nations is a reality in this region, the rising power of countries like China is also a strategic reality.

China's hardened stance and stern warnings to India come in the wake of calls for New Delhi to take on a more important role in the region.

The Wuhan summit and Modi's assurances that India seeks a "natural" region in the Indo-Pacific do not seem to have blunted China's criticism. Beijing has repeatedly called on India to avoid getting "trapped" by Washington and instead look to China for ways of self-development. The op-eds in Global Times are also a reflection of the growing concerns in China about India's role in the Indo-Pacific.