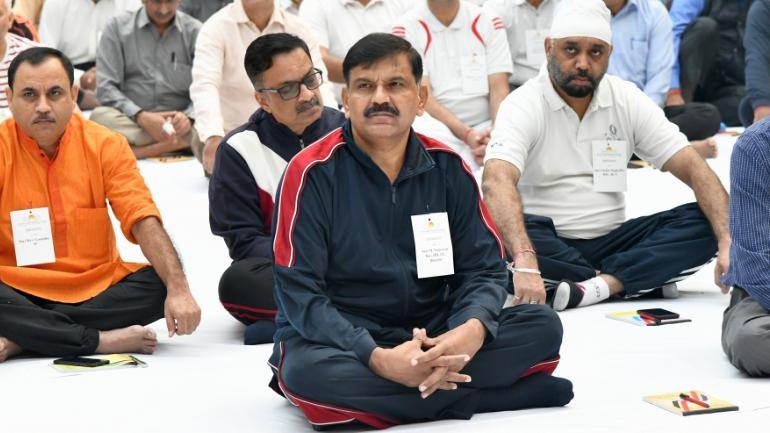 Interim Director of CBI Nageshwar Rao (in front) attended inaugural session of the workshop which the agency said will help officers "achieve their full potential".

An Art of Living workshop has been organised by CBI in its headquarters for its officers. The inaugural session took place on Saturday.

A Three-day Art of Living workshop for CBI officials began in CBI headquarters in New Delhi on Saturday. Over 150 CBI officials from the rank of inspector to interim director of CBI attended the workshop.

CBI is currently struggling to clean its image after the recent public feud between CBI Director Alok Verma and Special Director Rakesh Asthana.

An earlier press release from CBI said that the workshop has been organised to "improve positivity, enhance synergy and generate a healthy atmosphere" within CBI. The programme, it added, will help the staff to "achieve their full potential" 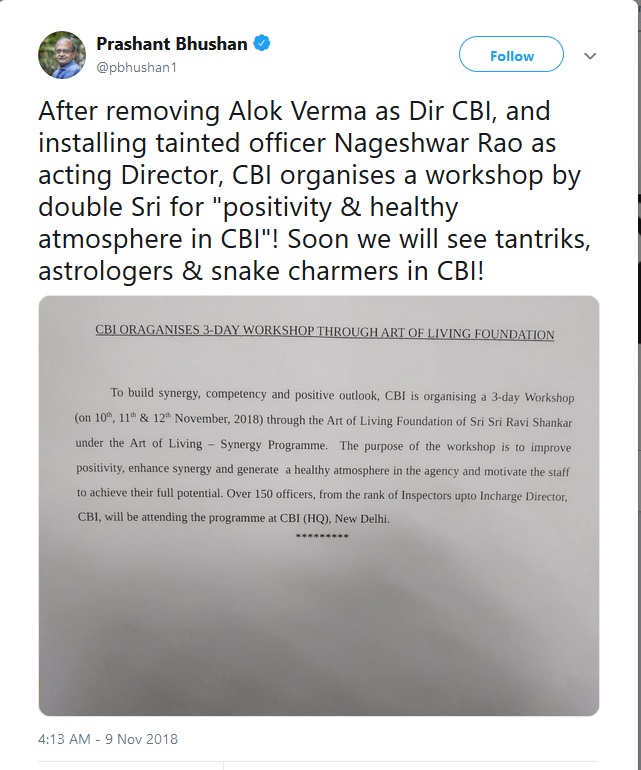 Central Vigilance Commission (CVC) is conducting an inquiry against Alok Verma on the directions of the Supreme Court. The CVC, which has to submit an inquiry report on November 12 before the apex court, has examined Alok Verma, Rakesh Asthana, other CBI officials and Satish Sana so far.

Both, Alok Verma and Rakesh Asthana have been sent on leave pending investigation.