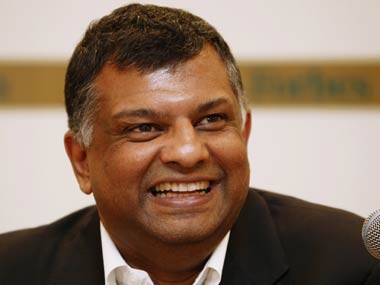 AirAsia (India) Limited (AAIL), a joint venture between Tata Sons Limited, Telestra Tradeplace Private Limited and AirAsia Investment Limited, Malaysia, submitted applications to the FIPB in February 2013 and received a formal approval in April 2013, followed by the no objection certificate in September 2013 and an Air Operating Permit in May 2014, permitting it to start domestic operations in India.

The CBI claims that AAIL was indirectly controlled and operated by the AirAsia Group and particularly AirAsia, Berhad, violating the then FIPB norms. As per the FDI policy back then, foreign airlines were allowed to own up to 49 percent of a domestic airline but effective management control must remain with the Indian partner.

The CBI alleged that the entire company structure was indirectly formalised through a ‘brand license agreement’ signed between AAIL, represented by Tony Fernandes and AirAsia, Berhad, represented by T Kanagalingam aka Bo Lingam on 17 April 2013, which indirectly made AAIL a de-facto subsidiary rather than a joint venture.

“It is revealed that the shareholders and Indian partners at the joint venture, including the board members were not only aware of these intentions, but also consciously ensured violating the then FIPB norms, hence violation of FDI norms were prima facie found by giving effective management control to a foreign entity,” the CBI said.

The CBI further claimed that the real controller of AAIL, Tony Fernandes, wanted the airline to fly internationaly from day one, and that local partner Tata Sons, via nominee Venkataramanan, was supposed to lobby to obtain government approvals including a FIPB clearance and an amendment to then prevalent 5/20 civil aviation rule.

The 5/20 rule was laid down by Ministry of Civil Aviation on 29 April 2004. The rule, an eligibility criteria, would grant international licenses to airlines with five years' of domestic operations and a minimum of 20 aircraft in their fleet.

“Sources further revealed that Rajendra Dubey had played a role as a liaison agent and was instrumental in seeking appointments and facilitating meetings for officials of AAIL with the various government officials for clearance. A secret cabinet note was sent on 27 February 2014 to the cabinet to amend the existing 5/20 rule for operation of international scheduled in civil aviation. Further, the civil aviation ministry had sent a clarification in the form of a supplementary note on 5 March 2014 to the cabinet. This proposal, at that time, could not be approved since the election commission had announced Lok Sabha general election on 5 March 2014,” the CBI states.

The agency has alleged that Tony, Kanagalingam and Venkataramanan intentionally chose to beat the legal framework and policies of the aviation sector.

“R.Venkataramanan was involved in lobbying with stakeholders in the government to secure mandatory approvals, some of them through non-transparent means, including the then FIPB clearance, NOC and attempt for removal of 5/20 rule. Controllers of AAIL, Fernandes and Kanagalingam, pressurised CEO Mrithyunjay Chandilya to pursue the matter regarding the change of regulatory policies for international aviation in India, suitable to them. Information also revealed that in furtherance of the said criminal conspiracy, AAIL through Tony Fernandes employed Sunil Kapur, owner of Travel/Total Food Services as a lobbying agent to whom the on board catering contract was given by Kanagalingam as a quid pro quo without any negotiation,” the CBI has charged.

The investigative agency has further alleged that money was paid to those lobbying for changes in the existing aviation policies. The agency said that in fiscal 2015-16, AAIL remitted about Rs.12.28 crore to HNR Trading Private Limited, Singapore, for a sham contract on the basis of a bogus agreement on plain paper, which was utilised to bribe unknown government staffers and others for securing permits for operation of international scheduled air transport services, via Deepak Talwar of DTA Consulting and Sunil Kapur, Chairman of Travel/ Total Food Services, who acted as lobbying agents.

Talwar, in a presentation, outlined a strategy to engage with ministry officials, including for the removal of the 5/20 rule, for which a payment of Rs. 17.42 Lakh was made to him.

“Sunil Kapur, in the month of December 2014, at the coffee shop in the Four Seasons, Mumbai hotel, along with Kanagalingam, handed over a closed packet containing Rs 50 lakh in cash to one Sriram to facilitate the removal of international flying rules,” the CBI claimed in the FIR filed in AAIL case.

The agency has named six people in its FIR – Venkataramanan, Fernandes, Kanagalingam, Talwar, Dubey and Kapur -- along with three firms and unknown government servants.  The CBI claimed that, at the instance of Fernandes and Kanagalingam, AAIL hired private people who were found lobbying with civil aviation ministry officials.