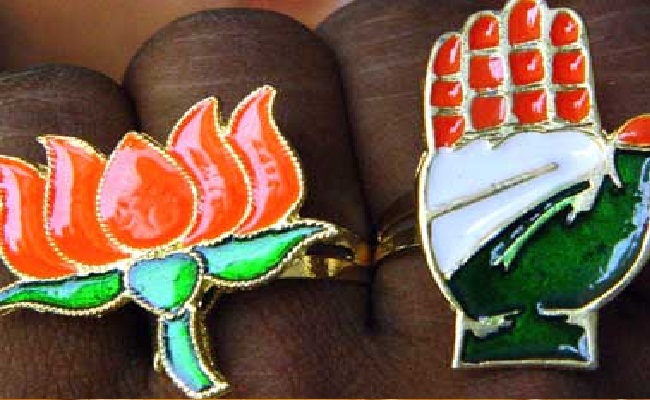 A survey conducted by C-Voter and ABP news has predicted that the ruling Bharatiya Janata Party would lose all three upcoming Assembly elections of Madhya Pradesh, Chhattisgarh, and Rajasthan to the Congress, but the Narendra Modi factor may swing things in the party's favour in the 2019 Lok Sabha election next year, News 18 reported.

The survey said that the Congress would get a clear majority in the three states, by winning 117 of 230 seats in Madhya Pradesh,130 out of 200 in Rajasthan and 54 out of 90 in Chhattisgarh. The BJP might manage only 106, 33 and 57 seats in these three states respectively, the opinion poll predicted.

According to the opinion poll, the survey’s 28,000 respondents showed different preferences when it came to voting for the Central government as compared to the states as BJP had higher vote shares in all the three states for Lok Sabha elections. Prime Minister Modi is voter's first choice while Congress president Rahul Gandhi was chosen at a distant second for the post. The three states have 65 Lok Sabha seats.

Congress' victory in the three states might be significant and give India's grand old party the much-needed breather before the 2019 Lok Sabha election.