Ban on freedom of speech for bureaucrats must be debated, says Shah Faesal after Centre orders action for 'Rapistan' tweet

Ban on freedom of speech for bureaucrats must be debated, says Shah Faesal after Centre orders action for 'Rapistan' tweet 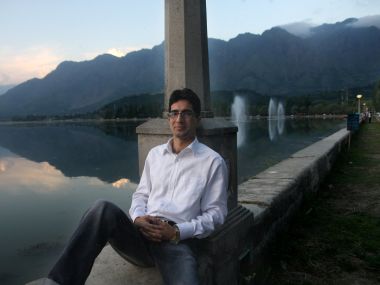 Kashmiri bureacrat Shah Faesal's tweet calling India a'Rapistan' has come against the backdrop of national outrage over the rape and murder of a 8-year-old girl in Jammu's Kathua, which cost two ministers their post and has become one of the prime reasons why BJP pulled out of coalition government with Peoples Democratic Party (PDP) in Jammu and Kashmir.

Faesal's troubles got worse after Union government directed the state government headed by Governor N N Vohra, to initiate action against the officer for his tweets. The state government initiated a departmental inquiry and said that Faesal has failed to maintain absolute honesty and integrity in discharge of duties. General Administration Department initiated the disciplinary proceedings at the request of the Centre's Department of Personnel and Training.

"Whereas, the department of personnel and training, government of India has forwarded to this department a copy of communication along its enclosures, in which several references have been made by you in contravention of the extant provisions of All India Services (conduct Rules) 1968/ All India services (discipline and appeal Rules 1969). Screen shots of the posts made by you in your twitter account are enclosed," the letter by the commissioner secretary of GAD read.

Faesal, who is currently in the United States, told Firstpost, in an email interview that he saw this call for departmental action totally misplaced and against the freedom of speech. He said government officials can't be asked to detach themselves completely from moral questions of the society they live in.GAD noted that Faesal allegedly "failed in maintaining absolute honesty and integrity in discharge of official duty and thus acted in a manner unbecoming of public servant".

"We are not mere pen-pushers here who have no business in participating in the larger debates around social issues just because our opinions can be misinterpreted as being critical of the government of the day," 35-year-old Faesal said.

"I think time has that the issue of freedom of speech and expression of government employees is debated and the conduct rules are rewritten in accordance with the spirit of our age when free speech has become more important than everything else," he added.

The 2010 IAS topper created history when he become the only officer from Jammu and Kashmir to have topped the civil services exam, and is presently pursuing Edward S Mason Mid Career Masters Programme at Harvard University. The civil services become a new craze in Kashmir after students, who earlier chose medical and engineering, desperately started thronging new initiative taken by the serving bureaucrats and police officers to coach local youth.

"It is a ban on freedom of speech and aims at the very basic right of a concerned citizen. It is completely unacceptable," Faisal said.

“He (Shah Faesal) has often been targetted by right-wingers, pro-establishment in India and pro-Independence league in Kashmir. The television unfortunately pitted him against Burhan Wani and in Kashmir this did not go well. He soon become a target for no fault of his own. And now this," industrialist and social activist Shakil Qalander said.