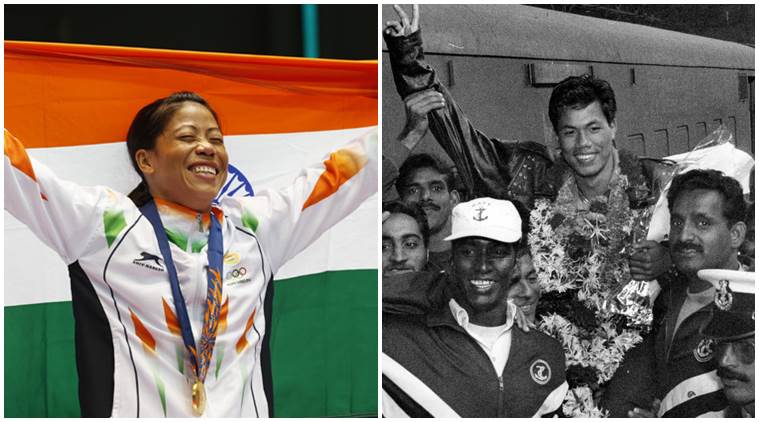 India has made a lot of memories at the Asian Games, from hosting the first tournament to winning gold medals in various sports.

India has had a remarkable history with the Asian Games, from being the first country to host the tournament to making history by claiming gold in various sports. Here are the top ten moments for the country that has hosted the Asian Games twice.

The Asian Games, held every four years, had its very first edition hosted by India in 1951. The Games were officially opened by the then President Dr. Rajendra Prasad at the Dhyan Chand National Stadium. A total of 489 athletes from 11 National Olympic Committees competed in 12 sports.

Sachin Nag created history by becoming India’s first ever Asian Games gold medalist in 100m freestyle at 1951 Asian Games. Prime Minister Jawaharlal Nehrushowered praise on the swimmer at the inaugural ceremony of the Games in New Delhi. Nag added two bronze medals to his gold in 4x100m freestyle and 3x100m medley in the same tournament.

That was the golden period of Indian football. And the confidence of the Sailen Manna-led team reflected in their game when they defeated Iran 1-0 in the final in the presence of Nehru to win the magnificient gold. It came as a big relief for the officials, who did not send India for the FIFA World Cup in Brazil a year back and were widely criticised for it. India then won their second gold in football after beating Korea 2-1 in Jakarta in 1962.

India’s glittering period in track events has a lot involving Milkha Singh. One of which came in 1958 when the ‘flying Sikh’ Milkha Singh won not one but two gold medals in 200m and 400m sprinting events in Tokyo. He was declared Asia’s fastest man and was promoted from the rank of sepoy to junior commissioned officer in recognition of his success.

The 1982 Asian Games not only gave India a number of medals but also transformed Delhi, which joined Bangkok as the only cities to host multiple editions of the Asian Games. While, Delhi got a new look with a number of new roads and flyovers, old roads widened, new buses and phone lines introduced, the biggest contribution to the capital was building 60,000-seater Jawaharlal Nehru Stadium.

It was the first Asian Games to be backed by the Olympic Council of Asia. This was the first Asian Games to introduce a mascot, with Appu – an elephant Indian officials claimed represented fidelity, wisdom and strength – chosen. The Games were officially opened by Indian President Zail Singh at the Jawaharlal Nehru Stadium. P T Usha, one of India’s greatest athletes, read the athletes’ oath.

Milkha Singh paved the way for Kerala’s PT Usha, who bettered the two silvers she won in 1982 Asian Games with gold. The Payyoli Express shattered the records in the 200m, 400m, 400m and 4x400m relay to win five individual medals including four golds. “My first Asian Games was in 1982 in New Delhi and the last in 1988 in Bangkok. I remember my races at all those five Games but, of course, it is the 1986 edition that gave me the greatest joy,” she said.

A hockey gold ‘stands above other medals’

The Indian hockey team went to the 1998 Asian Games in Bangkok after finishing a dismal ninth at the World Cup. In hope of finding lost glory, Dhanraj Pillay-side gave inspiring performances, beating South Korea 5-3 in shootout to clinch gold. Skipper Pillay scored 11 goals in six games to ensure that they return back home with their heads held high. “A gold from the hockey stands above other medals won, such is the emotion and prestige. As captain and top-scorer, I had chipped in to make our hockey family happy,” Pillay said.

Dingko Singh, who ended India’s 16-year long wait for boxing glory, won gold medal in the 1998 Asian Games in Bangkok in the bantamweight division (54kg category). He came through a tough semifinal against a Thai opponent before and got lucky in the final as his opponent could not continue due to a fracture suffered during his semifinal win. Recalling the Games, Singh said, “My name was cleared at the last minute. I was excited with the news even though I did not get the team kit which was given to the other members of the Indian contingent.”

It was the first time ever that cue sports were included in the Asian Games in 1998 and Geeth Sethi and Ashok Shandilya made the most of the moment by winning the gold medal in the English billiards doubles. The two came from a 1-2 deficit to win 4-3 against local favourites. Geet Sethi wrote in a column on Sportstar Live, “I was a five-time world billiards champion at the time, but none of those titles meant as much as that winning moment in Bangkok. I have cried only once after a title victory and it was at that victory ceremony in Bangkok when the tiranga was raised and our national anthem was played. Those tears are proof that that was my golden moment.”

MC Mary Kom became the first Indian woman boxer to clinch a gold medal in the 2014 Asian games taking place in South Korea. The Olympic bronze medalist beat her opponent Zhaina Shekerbekova of Kazakhstan 2-0 in the 51kg category by changing her strategy every round.