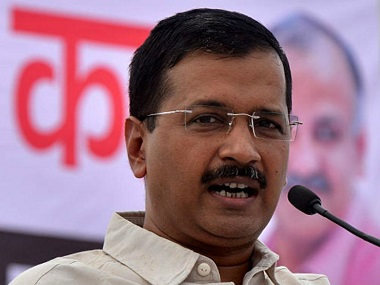 Days after the Supreme Court clipped the powers of Lieutenant Governor of Delhi, Chief Minister Arvind Kejriwal will meet L-G Anil Baijal on Friday, even as the relationship between the Aam Aadmi Party (AAP) dispensation and bureaucrats strained further over transfer and posting order. Kejriwal has warned officers of "serious consequences" if they did not comply with the city government's directive on transfers and postings.

The Delhi government also explored legal options, including filing contempt petition, against those who refused to comply with the directive, an official said. Another government official said Kejriwal and Deputy Chief Minister Manish Sisodia will meet L-G Baijal on Friday (today) to discuss the Supreme Court order.

This would be the first meeting between the L-G and the chief minister after the apex court order on the power tussle between the city government and the Centre.

Kejriwal wrote a letter to Baijal on Thursday, saying 'services' matter lies with the Council of Ministers after bureaucrats refused to follow the AAP government's order withdrawing powers of transfer and postings from the L-G.

Hours after the Supreme Court's landmark judgment on Wednesday, the government introduced a new system for transfer and postings of bureaucrats, making the chief minister the approving authority.

However, the services department refused to comply, saying the apex court did not abolish the 21 May, 2015, notification of the Ministry of Home Affairs, according to which services matter lies with the lieutenant governor.

The Supreme Court in its landmark judgement on Wednesday had said the L-G is bound by the elected government's advice and cannot be an "obstructionist".