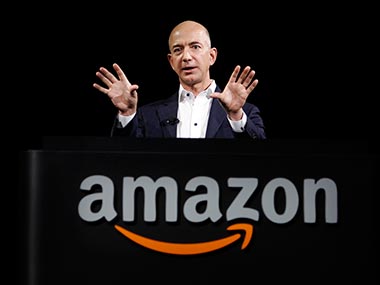 Mumbai: Jeff Bezos, Chief Executive Officer of Amazon has become the richest person in modern history with his net worth crossing the $150 billion mark. This was after the e-commerce giant’s stock price surged ahead of Amazon’s prime day sale comprising of a 36-hour shopping bonanza, according to a Bloomberg report.

The report said that the American CEO has amassed more wealth than anyone since 1982. That was the year Forbes started publishing its rich list.

In the Bloomberg Billionaires Index , Bezos displaces Bill Gates to second place with $55 billion more in his kitty. Gates has $95.3 billion pushing him a notch below Bezos in the rankings.

The report stated Bezos’ net worth is $55 billion more than that of Microsoft co-founder Bill Gates. Bezos’ net worth surpassed that of Gates in 1999 when it hit the $100 billion mark. Adjusted for inflation, Gates’ net worth was around $149 billion at the time.
However, Gates would have had a net worth of around $150 billion, if he had not given away billions to charity and his foundation, Bloomberg said.

It is not that Bezos hasn’t been charitable. He has given millions to various causes over the years. But his philanthophic activities are not to the level of Gates or Warren Buffet.

Recently, Bezos asked for suggestions on a strategy for philanthropy. He said: I am thinking about a philanthropy strategy that is the opposite of how I spend my time – working on the long-term.
The 87-year-old Buffet has donated roughly $3.4 billion of Berkshire Hathaway Inc stock to five charities, the billionaire's largest contribution in his longstanding plan to give away his fortune.

Buffett's 13th annual donation comprised about 17.7 million Class "B" shares of Berkshire, valued at $192 each as of Monday's market close.