After Kashmir, Bastar can be a world tourist destination: Raman Singh to India Today

After Kashmir, Bastar can be a world tourist destination: Raman Singh to India Today 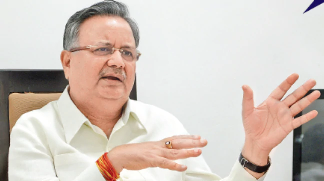 Will a time come when one can think of a destination in Chhattisgarh while planning a family vacation? And, what could that place be? "Bastar, and soon", came the reply from chief minister Raman Singh, even before the question could be completed.

"For those who used to go to Kashmir, the next most exotic place in India is undoubtedly Bastar", he added.

Pushing the Maoist-infested territory as a world holiday spot of the future is a gumption that only Raman Singh can show - after three terms in power and eyeing another (at the least).

"Bastar is the best tourist destination in India. Nowhere in the world will you see a forest like that. Sal, Segun, Kusum, Mahua, forest springs, waterfalls Bastar is unique. We just need to drive out the fear from the minds of the people. That will happen soon," the chief minister told Mail Today in an exclusive interview.

WHY INVEST IN CHHATTISGARH?

Raman Singh is trying to sell Chhattisgarh as a destination for foreign investment. He had met the French ambassador recently and earlier this month a high-level delegation from Singapore visited the natural resources-rich state to explore opportunities.

So what does he pitch to them? "Foreign investors are interested in core sectors like steel, cement, power. However, we are also pitching hard non-core sectors like IT, electronics, food processing. An area in Naya Raipur is being developed into an electronics hub. France is interested in the education sector. Smart City project is also a selling point," the chief minister said, adding that he is concentrating on areas which have potential for employment generation.

The chief minister is toying with the idea of prohibition in a tribal-dominated state. But is that even possible? "We have sent teams to Bihar and a few other states where prohibition is either in effect or being considered. A comparative study is being done so that we know which states model to adopt. Now, for instance, in villages with a population of 2,000-2,500, we have shut liquor shops. The sharab theekedar (liquor mafia) reign is slowly being uprooted," Singh said. When asked if he is actually a votary of prohibition, the chief minister gave a calibrated reply: "Gradually we will reduce this. However, in Bastar and Sarguja where liquor is part of certain religious rituals, the local authorities have been given some amount of flexibility. We can't force the tribal population there to stop this all of a sudden."

Singh had recently claimed that the school dropout rate in Chhattisgarh has come down to less than one per cent. Is that a genuine figure, Mail Today asked the chief minister.

"We have achieved our targets for the Sarva Shiksha Abhiyan primary school at a distance of one kilometre, middle school three kilometres and high school within five kilometers. We have 100% saturation on that. Earlier, the student-teacher ratio was 48:1, now it has been tightened to 24:1," he said.

Constant campaigning from the level of chief minister to panchayats, a no-child-is-left-behind approach, free books, uniforms and mid-day meals have actually made going to school a pleasurable experience for even the poor, the chief minister claimed, adding: "The gross enrollment ratio for school-to-college was 4.5% in 2003, and now it has climbed to 19%."

The Congress party has recently alleged that under Raman Singh, Naxalism has actually spread in the state from three to 17 districts. Is that true?

The chief minister counterattacks: "Congress has been at the root of the Naxalism problem, which has been plaguing this state and some others for the last four decades. Congress did not develop the Red-infested areas of the state, rather kept it segregated. That got the locals angry. But we have unleashed a wave of development that has resulted in Maoists getting restricted to pockets even in areas like Bastar and Sarguja. Frankly, they no longer have the strength to fight face-to-face, hence they use IEDs and bombs."

Singh wants to use development as a weapon to tackle Red Terror. "The more roads we build, the farther they move away. The more schools they blow up, the more portable cabins we build and keep on teaching students. Power, ration, connectivity are their enemies. We will soon start building cellphone towers in the most Maoist-affected parts of Bastar and Sarguja. Now, even the prime minister of the country visits Dantewada and Bijapur, unthinkable earlier."

After 15 years in power, Singh is going to face an acid test in the upcoming Assembly elections in Chhattisgarh. In a traditionally bilateral fight, former chief minister Ajit Jogi adds a third angle (in a state where decimal points stand between power and loss of it) that even Singh realises.

"Yes, the Jogi factor is in the middle of a BJP versus Congress battle. If there is a triangular fight, then Jogi will divide votes and that will help the BJP, he claims. Anti-incumbency is a tangible intangible for a three-term chief minister, and Singh has been planning for this. For the last two months, we have been working at neutralizing anti-incumbency. I have been going on Vikas Yatra, Jan Sampark Yatra, holding road shows, going to interior villages everywhere people have been positive. If we get to know of any grudge or complaint arising anywhere in the state, then we quickly move in and address that. This monitoring mechanism keeps anti-incumbency under check," Singh says.

That's Bastar too. In the last Assembly polls, the BJP won just four out of the 12 Assembly seats in Bastar. Will his cycle of development get him a political dividend in the region? Singh is confident that he will double his score, perhaps get more.

"I am just coming from Bastar. Spend the entire day there," he says with a wry smile, adding: "Better connectivity, power lines up till the last village, the Tendu leaves support price mechanism, healthcare centres and most importantly, the PDS system, have made lives better in Bastar. Rice and salt are available for Re1 a kg, while channa (pulses) is sold at just Rs5 per kg. Yes, we will get more than eight seats in Bastar."