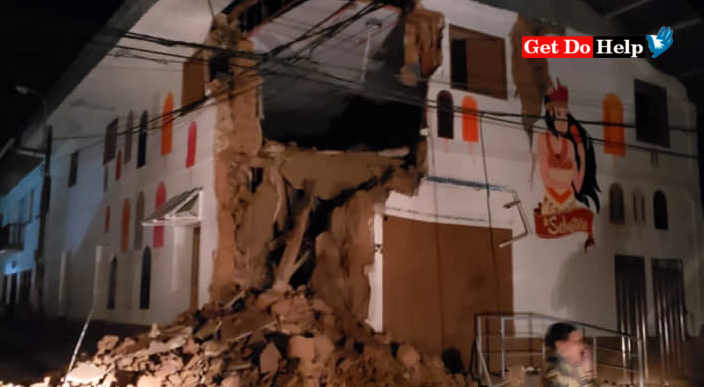 At least one person was killed and 11 others sustained injuries after a powerful earthquake measuring 7.5 on the Richter scale struck northern Peru on Sunday morning.

Peru's National Emergency Operations Center reported the death of Dario Munoz, 48, a resident of San Ignacio town in country's northwest region of Cajamarca. He died after a boulder tumbled onto his house, reports Xinhua. According to the Indian Meteorological Department (IMD), the epicentre of the quake, which occurred at 2:41 pm (local time), was at an approximate depth of 105 kilometres.

Ricardo Seijas, the head of emergency operations centre, said that about 130 buildings, including three schools and six clinics or hospitals, were damaged as a result of the quake.

The powerful quake was also felt in the neighbouring countries of Ecuador, Colombia, Brazil and Bolivia.

Peru is situated on the 'Ring of Fire', an area in the basin of the Pacific Ocean which is vulnerable to frequent earthquakes and volcanic eruptions.