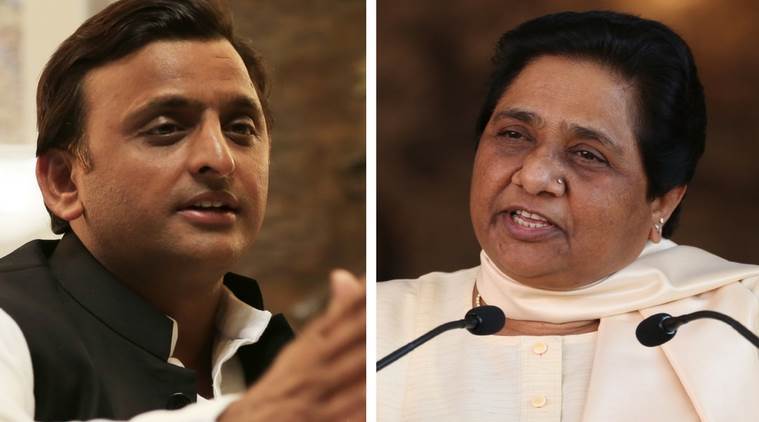 The SP, which initiated alliance with BSP in Lok Sabha bypolls and Rajya Sabha elections early this year, sources said, is yet to reach any conclusion over seat sharing with Congress.

The participation of western-UP based Rashtriya Lok Dal (RLD) appears to more certain than that of Congress in the pre-poll coalition Samajwadi Party (SP) and Bahujan Samaj Party (BSP) are leading to take-on the BJP in the state in the 2019 Lok Sabha election.

Sources from two parties of this combine revealed that Congress is nowhere in their talks so far. They suggested that any decision on the this could be taken after the Assembly polls of Madhya Pradesh, Rajasthan and Chhattisgarh later this year. However, sources said the alliance may leave Amethi and Rae Bareli seats for Congress in either case.

The SP, which initiated alliance with BSP in Lok Sabha bypolls and Rajya Sabha elections early this year, sources said, is yet to reach any conclusion over seat sharing with Congress. Sources also said BSP was so far not in a mood to include Congress in the alliance. “BSP feels that if SP and RLD are keen to get Congress on board, they should share seats from their quota,” said a SP leader.

According to sources in the SP, the RLD may be given a “respectable” number of seats in the agrarian belt of western UP where the party has influence on Jat community.

In Kairana Lok Sabha by-polls in May, backed by the Congress, SP and BSP, RLD candidate Tabassum Hasan defeated the BJP nominee by about 45,000 votes. Sources revealed that BSP supremo Mayawati was keen to test the waters of the pre-poll alliance with RLD candidate through this bypoll. The victory of a Muslim candidate from RLD in Kairana is learnt to have worked in favour of RLD and both SP and BSP are now in agreement to make it part of the alliance.

Sources in the SP said RLD’s presence in the alliance is more certain because of its presence in over 10 Lok Sabha constituencies in western UP. A pooling of their votes polled during previous Assembly elections suggests that a united Opposition can win majority of seats in this region.

The 2013 Muzaffarnagar riots had strained ties between Jat and Muslim communities in western UP. But in Kairana bypolls, rebuidling of relations was tested by fielding a Muslim leader from the SP — who was with the BSP in the past — on the RLD symbol and she won despite an aggressive campaign by BJP.

“The RLD will certainly be in the alliance. Its presence will socially and electorally support the alliance in western UP. But uncertainity is looming over inclusion of Congress. So far, no serious discussion has been done. Akhileshji (SP president) may accommodate Congress by leaving few seats but BSP does not appear to be in a mood,” said a senior SP leader, adding that Congress bastions Amethi and Rae Bareli might be left for the party.

“Congress is nowhere in the picture so far, but it could be included before elections after reviewing its ability to transfer votes. Congress’s performance against BJP in the three state polls will be considered before giving final shape to the alliance,” said an RLD leader.

Sources in the SP and RLD said smaller parties who have influence in certain constituencies due to local caste equations — for example, Nishad Party, Peace Party and Apna Dal led by Krishna Patel — could also be given seats in the alliance.