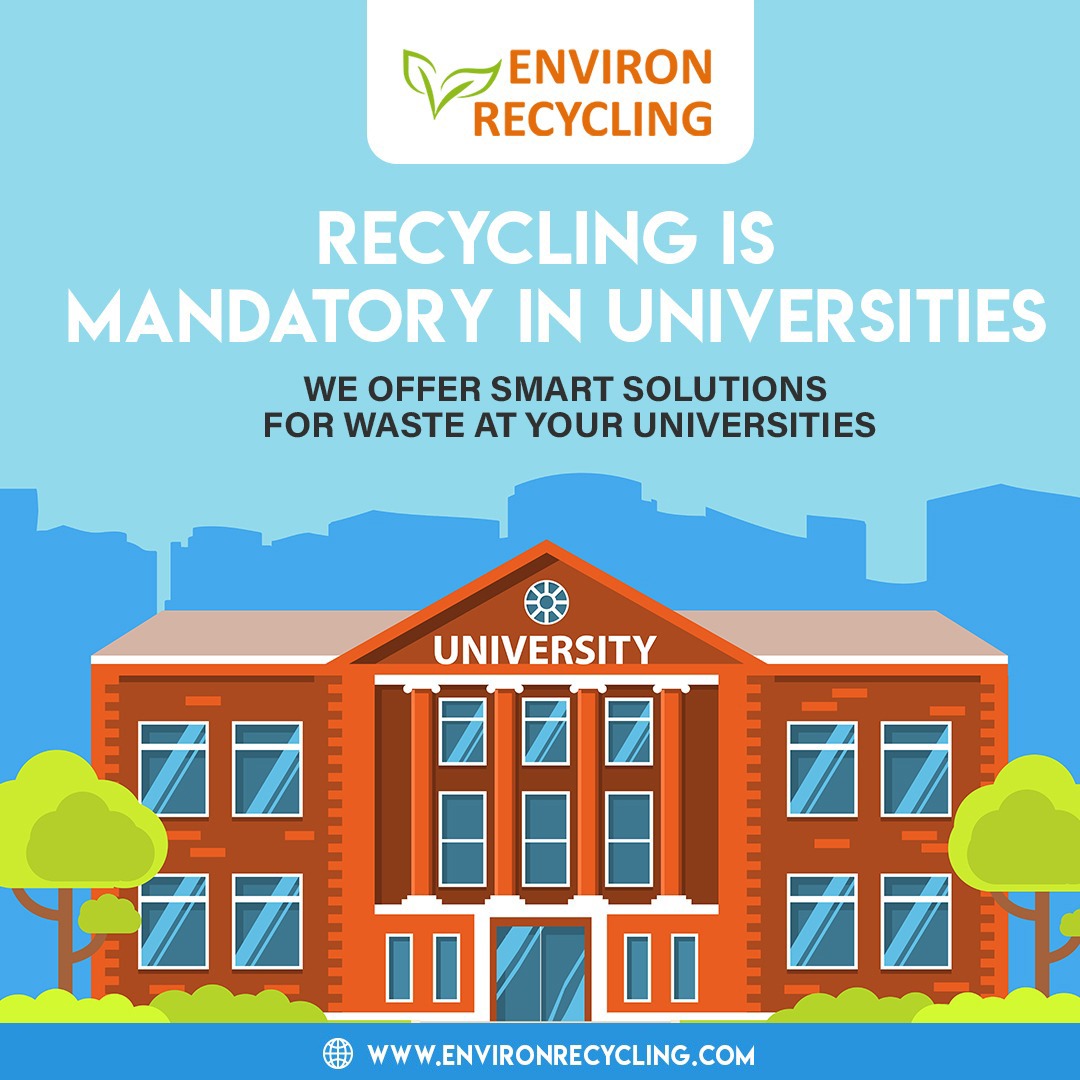 The idea of zero waste is gaining more and more attention from citizens, companies and decision- makers alike.

The approach is also becoming particularly popular across universities worldwide as academic institutions are striving to lead the new sustainability movement.
College campus cafeterias generate a large amount of food scrap and some universities are making efforts to capture and compost food waste. According to UN estimates, 40 percent of the food produced in India is either lost or wasted which is 67 million tonnes food waste every year. And college campuses throw out a total of 10 million kg of uneaten food each year, as per the Food Recovery Network. Statistics by Recycling Works, a program in Massachusetts show that the average college student generates 65 kg of food waste a year.

As food waste becomes a growing concern on college campuses, colleges and universities across the world are introducing integrated composting programs to collect food waste while educating students about environmental stewardship.

As the majority of compostable waste produced by schools and colleges is the food waste from the kitchen and canteen, these institutions have a choice of using ECOBELLY to recycle the food scraps and turn it into nutrient-rich compost.

In Pune, India, College of Agriculture, Pune has installed “ECOBELLY”, the fully automatic organic waste composting machine to tackle kitchen waste at their Girl’s Hostel Canteen. Since July 2018, this high tech machine has diverted 9500 kg of organic waste and is saving the college from trucking leftovers twice a week to a landfill that is over one hour away.

“This food waste composting technology is the milestone in making Zero Waste Campus”, quoted by the Dean, College of Agriculture, Pune.

Recycling can really make a difference to our natural environment. It prevents materials from being sent to landfills and in turn, helps to cut down on the energy and greenhouse gases produced when new materials are created.