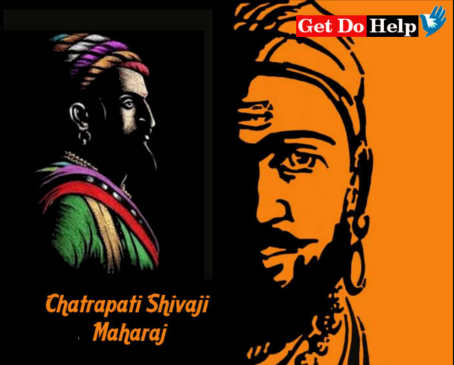 Chhatrapati Shivaji Maharaj was the founder of the Maratha Empire in western India. He was one of the bravest, most progressive and sensible rulers of India. With his valor and great administrative skills, Shivaji carved out an enclave from the declining Adilshahi sultanate of Bijapur. It eventually became the genesis of the Maratha Empire. After establishing his rule, Shivaji implemented a competent and progressive administration with the help of a disciplined military and well-established administrative set-up. Shivaji is well-known for his innovative military tactics that centered around non-conventional methods leveraging strategic factors like geography, speed and surprise to defeat his more powerful enemies.

Shivaji was born on 19th February, 1630 in the prestigious Shivneri Fort, Shivneri, Pune. His parents were Shahaji Bhosale and Jijabai.  Shahaji Bhosale was employed as an officer in the army of the Sultan of Bijapur - a tripartite association between Bijapur, Ahmednagar and Golconda. Shivaji was brought up under the care of his mother Jijabai and his guru Dadoji Kondadev. Dadoji Kondadev was an expert soldier and an efficient administrator. His mother and his guru transferred the idea of Hindavi Swarajya (an empire which will be ruled by Hindu king and not by Muslim king) to him.

From childhood he was a brave boy and showed the qualities of a ruler. He had great interest in religious teachings. He studied Ramayana and Mahabharata with great interest. Shivaji got military training and learnt the art of government from Kondadev. He organized a number of Marathi hill-folk into a fighting force and began to raid neighboring territories. India at that time was under Muslim rule: the Mughals in the north and the Muslim sultans of Bijapur and Golconda in the south. At the time he was 16, he convinced himself that he was the divinely appointed instrument of the cause of Hindu freedom. 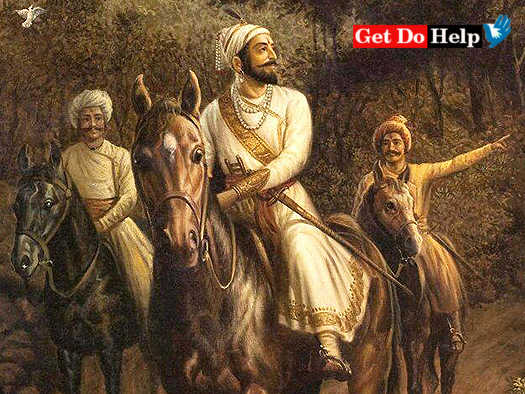 In 1645, Shivaji acquired control of several strategic from under the Bijapur Sultanate around Pune – Torna from Inayat Khan, Chakan from Firangoji Narsala, Kondana from Adil Shahi Governor, along with Singhagarh and Purandar. This conquest drives him to capture another like Raigarh and Pratapgarh. Due these conquests, Mohammed Adil Shah the Sultan of Bijapur was get panic and he put Shahji, Shivaji's father in prison in 1648. Shahji was released on condition that Shivaji kept a low profile and kept from further conquests.

In AD 1659, Shivaji again tried to attack Bijapur then the Sultan of Bijapur Mohammed Adil Shah sent his general Afzal Khan to capture Shivaji. But Shivaji was manage to escape and killed him with a deadly weapon called Baghnakh or tiger's claw. Shivaji ordered his forces to launch an assault on the leaderless Bijapuri contingents. Victory was easy for Shivaji in the Battle of Pratapgarh, where around 3000 Bijapuri soldiers were killed by the Maratha forces. Mohammed Adil Shah next sent a larger army under the command of General Rustam Zaman who faced Shivaji in the Battle of Kolhapur. Shivaji secured victory in a strategic battle causing the general to flee for his life.

Finally, in 1662, the Sultan of Bijapur made peace treaty with Shivaji and made him as an independent ruler of his conquered territories.

After death of Shahji in 1665, Shivaji acquired the valley of Javali from Chandrarao More, a Bijapuri jaigirdaar. Shivaji's mother Jijabai died on 18 June 1674.

In 1660, Sultanate of Bijapur Mohammed Adil Shah finally sent his general Siddi Jauhar to attack Shivaji's southern border in alliance with the Mughals who planned to attack from the north. At that time, Shivaji was encamped at Panhala fort with his forces. Siddi Jauhar's army besieged Panhala in mid-1660, cutting off supply routes to the fort. During the bombardment of Panhala, Siddi Jahuar purchased grenades from the British at Rajapur to increase his efficacy and also hired some English artillerymen to bombard the fort. After months of siege, Shivaji negotiated with Siddi Jahuar and handed over the fort on 22 September 1660, withdrawing to Vishalgarh. Shivaji retook Panhala in 1673.

Conflicts with the Mughals

Shivaji’s conflicts with the Bijapuri Sultanate and his continuous victories brought him under the radar of Mughal Emperor Aurangzeb. Aurangzeb saw him as a threat to expansion of his imperial intent and concentrated his efforts on eradicating the Maratha threat. Confrontations began in 1957, when Shivaji’s generals raided and looted Mughal territories near Ahmednagar and Junnar. Aurangzeb directed Shaista Khan, Governor of Deccan and his maternal uncle, to subdue Shivaji. Shaista Khan launched a massive attack against Shivaji, capturing several forts under his control and even his capital Poona. Shivaji retaliated back by launching a stealth attack on Shaista Khan, eventually injuring him and evicting him from Poona. Shaista Khan later arranged multiple attacks on Shivaji, severely reducing his holds of forts in the Konkan region. To replenish his depleted treasury, Shivaji attacked Surat, an important Mughal trading center and looted the Mughal wealth. The Mughal forces made considerable dent, sieging forts under Shivaji’s control, extracting money and slaughtering soldiers in their wake. Shivaji agreed to come to an agreement with Aurangzeb to prevent further loss of life and the Treaty of Purandar was signed between Shivaji and Jai Singh on June 11, 1665.

In 1666, Aurangzeb invited Shivaji along with his nine-year-old son Sambhaji to Agra with an aim to use his military prowess to consolidate Mughal empires in Kandhar, Afghanistan. On 12 May 1666, Aurangzeb made Shivaji stand behind military commanders of his court. Shivaji took offence and stormed out of court and was promptly placed under house arrest. But Shivaji once again used his wit and cunning to escape the imprisonment. He feigned severe illness and arranged for baskets of sweets to be sent to temple as offerings for prayer. He disguised as one of the carriers and hid his son in one of the baskets, and escaped on August 17, 1666.

In subsequent times, Mughal and Maratha hostilities were pacified to a large extent by constant mediation through Mughal Sardar Jaswant Singh. Peace lasted till 1670, after which Shivaji launched an all-out offense against the Mughals. He recovered most of his territories sieged by the Mughals within four months. 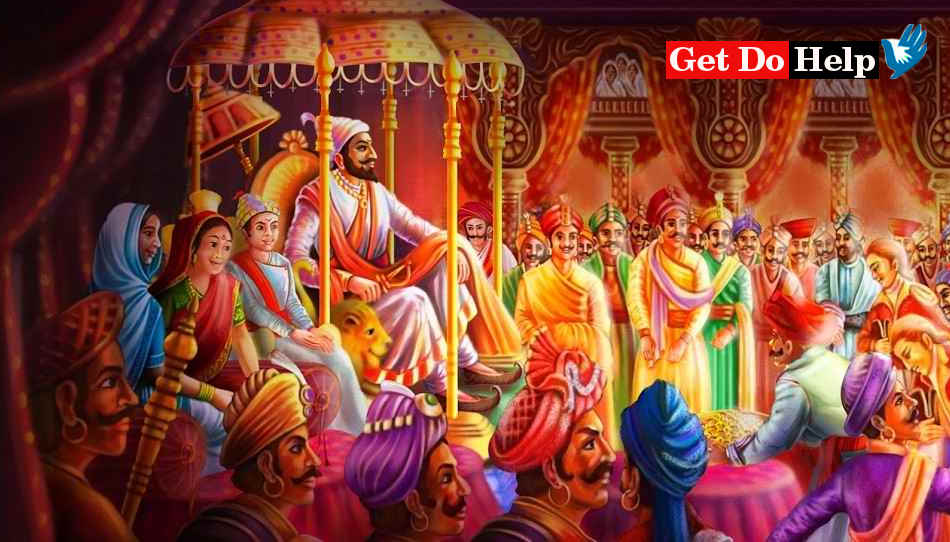 1. Peshwa were the most important ministers who looked after the finance and general administration.
2. Senapati (sari-i-naubat) were one of the leading Marathas chiefs which was basically post of honour.
3. The Majumdar was accountant.
4. The Wakenavis is one who looks after the intelligence, post and household affairs.
5. The Surnavis or chitnis assist the king with his correspondence.
6. The Dabir was the master of ceremonies and helps the king in his dealing with foreign affairs.
7. The Nayayadish and Punditrao were in charge of justice and charitable grants.
8. He levies tax on the land which was one-fourth of the land revenue i.e. Chauth or Chauthai.
9. He was not only proved to be an able general, a skilful tactician and shrewd diplomat, he also laid the foundation of a strong state by curbing the power of the deshmukhi.

In AD 1674, Shivaji declared himself as independent ruler of Maratha Kingdom and crowned as Chhatrapati at Raigarh. His coronation symbolises the rise of people who challenges the legacy of Mughal’s. After the coronation, Shivaji was entitled Shakakarta (founder of an era) and Chhatrapati (paramount sovereign) and he gets the title of ‘Haidava Dharmodharka’ (Protector of Hindu faith) of newly formed state of Hindavi Swarajya. This coronation gives legitimate right to collect land revenue and levy tax on the people.

In late March 1680, Shivaji fell ill with fever and dysentery dying around 3–5 April 1680 at the age of 52 on the eve of Hanuman Jayanti. After the death of Shivaji, his son Sambhaji Maharaj (1680-1689) succeeded him. After the death of Sambhaji , his brother, Rajaram Maharaj assumed the leadership of Maratha Empire and continued the struggle.