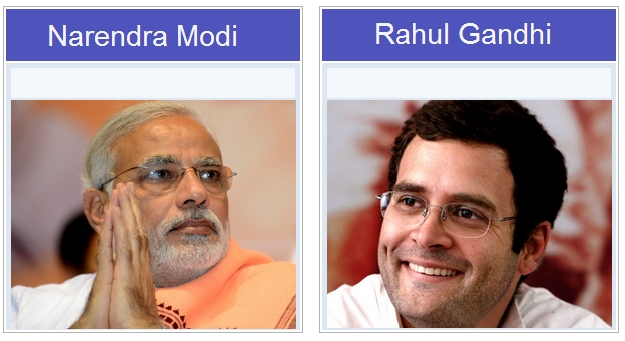 India is a land of renowned politicians. Since the period of independence there has been a birth of some leaders who have sacrificed their whole life for the sake of the Nation. During any type of revolt, they have always stood in the front and fought for the truth. They have also lost their lives by fighting for the Nation. Even now also there are some leaders who have a great potential and strength to take the responsibility of a country. Let’s give a big salute to such leaders.

The Role of a Potential Leader:

Born on 17th September 1950 Narendra Damodardas Modi assumed the office of Prime Minster on 26th May 2014. He is a man of great calibre and personality. Before becoming the Prime Minister of India he served as the Chief Minister of Gujarat from 2001-2014. He was also a member of RSS or Rashtriya Swayamsevak Sangha.

He joined this party when he was an eight- year boy. Regarding his personal life, it is known that he left home after completing school because he rejected the marriage that was arranged. During this phase, he visited various corners of India and also went to many religious places.

Then ultimately he returned to Gujarat and went to Ahmedabad, in the 1970. At Ahmedabad he joined the RSS party and became a full time member. He served this party with full dedication. But due to the sudden illness of Keshubhai Patel, Narendra Modi was elected as the Chief Minister of the State of Gujarat.

However, with his wise decisions and excellent economic reforms he did enormous development in the State of Gujarat. There were many ups and downs in his political career but finally, he won the election and became the 14th Prime Minister of India.  Since then he had given a lot of efforts to give India a new shape.

The Rise of Young Leader:

Whenever people talk about young and dynamic leaders of India then the name of Rahul Gandhi is always mentioned. Rahul Gandhi was born in19th June 1970 in the Gandhi family. His family was already in the political world for a long time.

His origin is much sound as he hails from Nehru-Gandhi family who did a lot for gaining the independence of India. Son of Rajiv and Sonia Gandhi, Rahul Gandhi entered the political world in 2004 by contesting in the general election that was held at Amethi.

He did his schooling from St. Columba’s School in Delhi and then entered into the Doon School. Rahul Gandhi completed his higher education from Cambridge and Harvard University. He is quite an educated person. He could easily get a high profile job but he desperately chose the political career.

However, on 16th December 2017 he became the President of Indian National Congress and assumed the office. He is also a man of great personality. He is a very straightforward person and always fights for wrongful acts and decisions.

Thus from the whole discussion, it is easy to assume that India really holds a list of potential and good leaders who have contributed a lot.

India is a big democratic country, that’s why this country holds lot of leaders. And to become a leader is not an easy task; experience and intelligence works together. If a leader have an experience of life of the last man and have intelligence to create opportunities for that last man; he is a great leader. A great leader inspires confidence in other people and moves them to action to achieve the goal. India need a leader like that because we are already far behind but we know our power and we are hopeful that we will get a leader, a true leader who will make India again the “Golden Sparrow (सोने की चिड़िया)”.